1Password is a powerful and user-friendly password manager that’s well worth a look for anyone seeking a LastPass alternative. 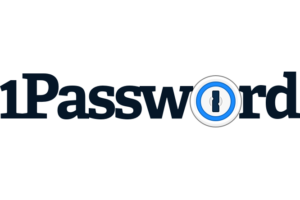 4
While lacking in a truly free version, 1Password seeks to go toe-to-toe with LastPass and holds its own for the most part. We like how easy it is to use and appreciate the wide range of supported devices.
View Plans

As far as password managers go, 1Password is right up there with LastPass in terms of earning its popularity among pundits. With a great selection of supported platforms, 1Password makes credential security easy, plus it has some more advanced features for curious tinkerers.

There are enough detractors to hold it back from being our top pick, but 1Password is still worth considering if you’re looking to pay for a password manager.

Charged in US dollars

Unlike LastPass, 1Password doesn’t have a free version. There is a 14-day trial, but you need to put down credit card details to activate it. Admittedly, 1Password will give you a heads up seven days ahead of that trial ending and your card being charged on day 14.

While that’s admirable, once the trial expires, you’re charged for a full year, and prices are in American dollars, which means annual renewal is a moving target depending on the exchange rate, plus it may incur a bank currency conversion fee.

In terms of pricing, it’s US$2.99 for the month which, at the time of writing, converts to $48.29 annually. That’s cheaper than LastPass for where the Australian dollar is currently at, but that changes with the 1Password Families plan. It costs US$4.99 a month, which converts to roughly $80.59 annually, but you can pay with a variety of credit card options.

There are technically two versions of 1Password—the regular version and 1Password Families—but the main difference between the two is 1Password Families supports up to five users, which also includes family-specific features. Otherwise, you’re looking at these shared features:

Out of the gate, we appreciate that 1Password has software and apps for several platforms. Unlike LastPass, 1Password has decent Windows software, which you’ll either appreciate or find redundant if you’re used to using Google Password Manager or another browser extension. 1Password does have a Chrome extension, but not one for Firefox, Edge, or Opera (unlike LastPass).

Still, there are apps for Mac, Linux, iOS, and Android to choose from, which covers most of the important platforms. What’s a little confronting the first time you sign in is that 1Password asks for a username, password, and a Secret Key, the latter of which isn’t recoverable. We received ours as a downloadable PDF, which creates a chicken-and-egg problem of where to securely store it in the event that you’re locked out of 1Password (uploading it to 1Password would negate access).

For our tests across Chrome extension, Windows software, and Android app, we liked how straightforward installation was and how 1Password holds your hand. It’s easiest to start from the hub on the 1Password website, which has direct download links for the supported platforms and a QR code for a mostly straightforward sign-in. You still need to enter your master password on new devices, despite the QR code only being accessible from your account (which automatically signs out after 10 minutes of no activity).

If you’re shifting from another password manager, you’ll want to export your credentials data and import it into 1Password, which is straightforward enough. Generating passwords has less manual control than LastPass, plus 1Password uses an intrusive pop-up you have to clear when it’s prompting you to remember credentials.

If you want a lot of advanced features, LastPass is a better choice. 1Password feels light in comparison, with the Watchtower feature the main perk of note, which scans your saved credentials and offers you an overall password score.

Outside of this, there’s an admittedly handy Travel Mode, which lets you manually mark credential vaults as safe for travel so that they can’t be accessed while you’re abroad for extra peace of mind, and in case of lost devices.

1Password isn’t as feature-rich as its biggest competitor, LastPass, and the lack of a truly free version makes it an even trickier initial comparison. That said, if you’re after a password manager that’s easy to use, guides you through installation, and does the main parts of the job well, 1Password is worth considering.

We’d prefer if there was greater control over password generation and more meaningful extras for the price you pay (particularly for 1Password Families), but 1Password is a secure password manager that you can try (and potentially share) for 14 days to see if it’s for you.

We consider a variety of factors when evaluating password managers. It starts with a basic analysis of price and features before we dig into hands-on testing of how easy a password manager is to use. Security is very important at SafeWise, so encryption and options like multi-factor authentication score points with us.

The number of supported devices is also important, alongside how many people can use a single account, as well as how easy it is to share credentials between trusted friends, colleagues, and family. If a password manager has a free trial, that scores points; bonus points for password managers that don’t ask for credit card details to access the trial.

Finally, we research and/or test the advanced features of a password manager to see what it offers beyond the basics. Convenience features are great, but we really like a password manager that proactively prompts you to evaluate how secure your online presence truly is.

1Password is a good password manager that’s worth considering, especially if you can split costs between family members on the slightly more expensive 1Password Families plan.

In the LastPass vs 1Password debate, LastPass is our preferred pick. LastPass has a cheaper and more fully featured Families plan, a free version, more supported platforms, a longer trial, and more extensive control over password generation.

Unfortunately, anything that has an online presence is theoretically vulnerable to hacking. 1Password claims it hasn’t been hacked.
Disclaimer
Product prices and availability are accurate as of the date/time of publish and are subject to change. Any price and availability information displayed on the retailer’s website at the time of purchase will apply to the purchase of this product. SafeWise Australia utilises paid affiliate links.
Share Article