If you’ve got PC, Mac, Android, or iOS devices, you absolutely need to consider installing an antivirus product.

In the quest for ultimate internet security, these days, antivirus software is available for PC, Mac, iOS, and Android devices with prices as low as around $20 to protect a single device or as costly as $300 per year to protect multiple devices.

Despite tight competition between antivirus software providers, Bitdefender Premium Security has the edge for us thanks to fantastic threat protection, multiplatform security for multiple devices, and great advanced features like an unlimited virtual private network (VPN). 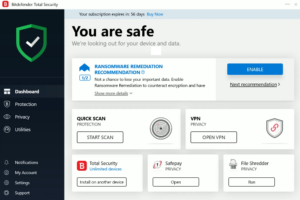 Avast One
Best antivirus for familiesFrom $41.995 or 3099.6%View on AvastRead review 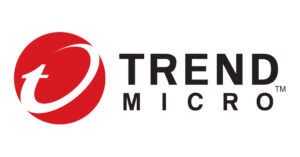 Antivirus is either software for computers or an app for compatible mobile devices, which is built to protect from external viruses and malware. A good antivirus service protects devices from real-time threats, performs scheduled or manual scans, and may include other advanced internet security features.

Bitdefender ticks a lot of the right boxes with it comes to a comprehensive antivirus suite, which starts with incredibly robust threat protection. It’s even with Norton for best real-time antivirus and anti-malware security but has its nose in front for us because of better pricing.

Bitdefender doesn’t make a great first impression, with a seemingly overwhelming number of plans on its website. Focusing in on the multiplatform Bitdefender Premium Security plan, though, and there’s good initial annual pricing ($79.99) for a wide range of devices (10).

Bitdefender Premium Security builds on top of the top-tier threat protection with peace-of-mind features like microphone and webcam protection. It’s also great to see the low impact on device performance is also paired with an optimiser to clean and speed up compatible devices.

The antivirus software is elevated further by the inclusion of anti-phishing protection, an unlimited VPN feature, and a multiplatform password manager. Alternatively, save money with the competitively priced Bitdefender Total Security or tap into family-specific features with the Bitdefender Family Pack. You can also try before you buy with a free version of Bitdefender PC, MacOS, and Android.

It doesn’t get any cheaper than free, and Kaspersky offers a free version like AVG, Bitdefender, and Avast. Still, if you want to spend less than $70 or $80 per year, there’s a lot of value to be found in Kaspersky Total Security.

In our pricing comparisons for six antivirus software providers, Kaspersky tied with Bitdefender for the best overall first-year and ongoing annual pricing for its different plans. We believe the best value comes from Kaspersky Premium, and we like that you can save money by opting to protect a single device, three devices, five devices, or 10 devices.

There are also more advanced features for those seeking even better internet security. Make use of the Kaspersky VPN, protect your webcam, manage passwords, or protect younger device users with parental controls. Alternatively, if you don’t mind missing out on some features, there’s even cheaper pricing for Kaspersky Standard and Kaspersky Plus.

Avast may be functionally identical in its threat protection to AVG these days (and vice versa), but Avast One is still a great option for families seeking to protect their devices across platforms. Choose to protect key devices in the home with a five-device Avast One plan or secure all devices (and then some) with a 30-device upgrade.

If you have younger kids whose devices you want to protect with antivirus parental controls, we’d advise looking at either Norton Deluxe or Premium, McAfee Premium, Bitdefender Family Pack, or Kaspersky Safe Kids. As families grow up, though, Avast One is the only antivirus service we’ve encountered that can protect all the compatible PC, MacOS, Android, iOS devices in the home with its 30-device plan.

Beyond this, there are also great family-focused features beyond the near-perfect real-time threat protection. For example, it’s great to see the inclusion of webcam protection, dangerous website blocking, and an extra layer of protection for sensitive data stored on your family’s devices.

Additionally, Avast One includes online-breach monitoring, device tuning and cleaning, as well as automatic driver updates for computers (driver vulnerabilities can be a security risk). If you want to make Avast One more affordable and don’t have so many devices to protect, save $60 a year on the typical fee with the five-device plan.

Norton is the household name for antivirus software, and with good reason. While all four versions of Norton’s antivirus software offer incredibly impressive real-time threat protection, Norton 360 Deluxe has additional features for even better device security.

We do have some issues with Norton, ranging from Android app weirdness, odd pricing, an extremely limited trial, and questionable decisions like including an optional crypto-mining feature. Still, there’s no denying the incredible security suite that’s part of Norton 360 Deluxe and Norton 360 Premium. The only difference between the two Norton plans is Deluxe protects three devices while Premium covers five.

The impressive real-time threat protection is bolstered by Norton’s 100% virus-protection pledge, while PC and Mac security is improved with a smart firewall. We also like that Norton 360 Deluxe comes with a password manager, secure VPN, and 50GB of cloud backup.

While none of the antivirus software listed on this page is particularly difficult to use, AVG is our favourite for making everything easy. That easiness starts with minimal (and logical) options on the AVG website and extends to a straightforward user experience.

AVG simplifies things from the choice of plan (including a free option) and devices, to easily seeing what’s available with each version. Outside of single-device plans, every AVG plan is compatible with PC, MacOS, Android, and iOS devices.

While it’s working with much the same real-time protection engine as Avast, this equates to near-perfect antivirus and antimalware security. AVG Internet Security also includes additional features over the free version, like WiFi network security verification, unsafe website blocking, and phishing protection. Start with the free version, though, for a shot at being offered a 60-day trial.

Recent real-world AV-Test results underscore the minimal impact and overall user-friendliness of AVG across platforms (albeit iOS tests weren’t performed), with perfect scores for performance and usability. To add even more features, consider the 10-device protection of AVG Ultimate, which has everything that AVG Internet Security offers, plus performance and storage tuning, as well as an AVG VPN.

All of the antivirus software services featured on this page are worth considering, as well as McAfee Plus antivirus. For ultimate peace of mind, it’s tough to go past the impressive security offered by Bitdefender and Norton’s real-time threat protection. Bitdefender remains our top pick, though, and you can try it for yourself for free on three compatible devices.

How we choose the best antivirus software

Before categorising the best antivirus software picks on this page, we reviewed six of the most popular services available in Australia: Bitdefender, Kaspersky, Avast, Norton, AVG, and McAfee. Then ahead of compiling this premium list, we focused on the best free antivirus software options to get a feel for the distinction between free and premium plans.

Our antivirus analysis starts with pricing and the inherent value relative to the number of supported devices offered by various plans, as antivirus providers tend to offer at least a few options. That overall value was of particular importance for our ‘best cheap antivirus software’ category. Afterwards, we look at installation and how easy it is to use an antivirus service, as well as how many features it has compared to its closest peers.

After putting antivirus services through their usability paces, we deferred to a few expert sources in the antivirus space. AV-Test, AV Comparatives, and The PC Security Channel are the three main outlets we relied on for expert analysis of antivirus effectiveness in real-world threat tests. Finally, we also considered additional services that each antivirus software provider includes with its plans, such as parental controls and VPNs, to help evaluate the overall value proposition.

Antivirus is either software for PC or Mac, or an app for iOS or Android devices, which helps to protect compatible devices from viruses and malware.
Antivirus software works by identifying and blocking or deleting malicious code (i.e. viruses and malware). Internet-connected antivirus services tend to have the most up-to-date protection against threats.
Norton and McAfee are both great antivirus services, but Norton is the better choice for real-world threat protection and advanced features. Consider McAfee if you want an easy-to-use antivirus solution with a good free version.
Disclaimer
Product prices and availability are accurate as of the date/time of publish and are subject to change. Any price and availability information displayed on the retailer’s website at the time of purchase will apply to the purchase of this product. SafeWise Australia utilises paid affiliate links.
Share Article