A straightforward round-up of the best feature phones and smartphones to consider for older adults, including those with accessibility needs.
Best overall 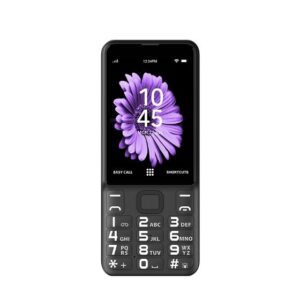 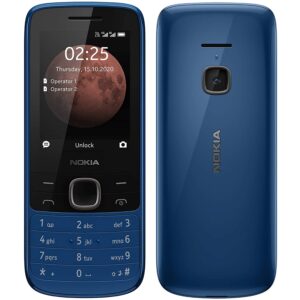 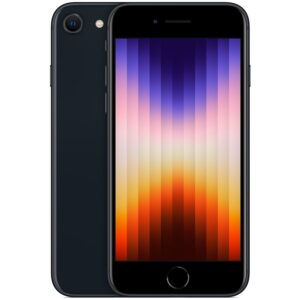 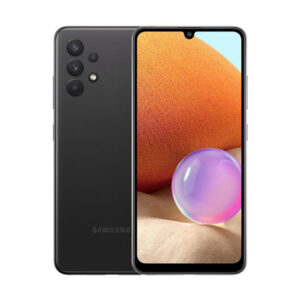 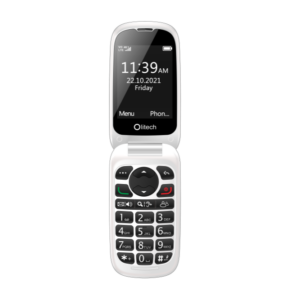 Kind of like picking a phone for kids, choosing the right mobile phone for older adults isn’t as simple as buying a new or refurbished smartphone. Understandably, older adults may need more from a mobile phone than speedy performance and a flashy camera: features like physical buttons, loud ringtones or hearing aid integration, and other accessibility considerations are great additions.

Thankfully, this also means there are plenty of affordable right-fit options, ranging from under $100 for a feature phone to hundreds of dollars for an appropriate smartphone pick. We’ve gone with the Opel Mobile Easy Big Button as our top pick. It’s an affordable feature phone with big physical buttons, an SOS emergency button, and a charging cradle.

Here are the best phones for seniors 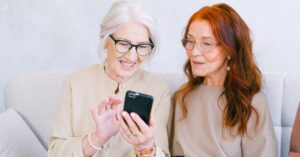 We recommend choosing a feature phone over a smartphone for older adults because they’re generally easier to use, plus many models are built with older adult users in mind. This means accessibility is baked in at a design level rather than features that are tucked away in the settings menu.

For all mobile phones, we recommend keeping an eye out for the following features, depending on your specific needs:

On first start-up, most smartphones aren’t particularly great on the accessibility front, but this can be improved by jumping into the settings. For iPhone users, go to ‘Settings’, then ‘General’, and finally ‘Accessibility’. You’ll find options for larger text and hearing aid compatibility here, alongside other accessibility features.

For Android users, swipe down from the top of the phone then tap the settings cog. Scroll down through the settings menu until you find ‘Accessibility’. Here’s where you’ll find larger text and hearing aid compatibility, as well as other options that are worth testing to see which ones work for you.

While the iPhone operating system is generally considered to be easier to use than Android, Android users have the benefit of downloading ‘launchers’ that replace the basic look of the main phone options at start-up and during everyday use. Some launchers are free but others are paid. We recommend looking at options like Grand Launcher, BIG Launcher, and Simple Launcher that offer bigger apps and, generally, make smartphones closer in on-screen appearance to feature phones.

4.5
$122
View on Mobileciti
Price is accurate as of post date. Read full disclaimer.

The Opel Mobile Easy Big Button takes out the top spot for us because it ticks a lot of the right boxes of what we look for in a mobile phone for older adults. It has a great price, easy-to-use physical buttons (including a dedicated SOS button), and it comes with a charging cradle for recharging convenience.

We love a product that does what it says on the tin, and with the Opel Mobile Easy Big Button, you get a feature phone with big buttons. While physical buttons do impact the overall screen size, 3.5 inches is still a good size for this type of mobile phone.

The 5MP camera is functional albeit not amazing, and you can increase the storage from 4GB to include up to 32GB more with expandable memory. For savvier users, there’s Bluetooth and WiFi support for increased connectivity, plus the Easy Big Button can be used as a mobile hotspot.

In terms of inbuilt accessibility functions, the Easy Big Button includes a fall detector, speed dial, flashlight, and a loudspeaker. We also like that it’s simplified with essential apps only. Don’t expect too much out of the 2,000mAh battery with regular use, but this phone has enough standby juice.

Consider pairing the Opel Mobile Easy Big Button with a cheap SIM-only plan from one of the providers below.

4
$62
View on Amazon
Price is accurate as of post date. Read full disclaimer.

More than 20 years ago, the Nokia 3210 was all the rage. Now the Nokia 225 harks back to that simpler mobile-phone time, albeit with some modern trimmings. The Nokia 225 is a very lightweight feature phone that’s incredibly easy to use, has expandable storage, and boasts a great price tag.

There are plenty of compromises with the Nokia 225, most notably a forget-about-it 0.3-megapixel rear camera. Still, it’s tough to go past what you do get for a bargain price.

As a proper feature phone—in fact, so ‘dumb’ in features that it doesn’t have WiFi support—you can take advantage of standby time beyond a week. There’s Bluetooth and 3.5mm headphone connectivity for audio outside of the Nokia 225’s speaker, plus the minimal 128MB internal storage can be boosted up to 32GB with a MicroSD card.

The Nokia 225 really is a phone for those older adults who want to be contactable more than they want to dig into advanced features. That said, the Nokia 225 has FM radio support, a removable battery, and a torch feature.

To help save money, consider pairing the Nokia 225 with a cheap Prepaid plan from one of the providers below.

4.5
$619
View on Kogan
Price is accurate as of post date. Read full disclaimer.

While smartphones have the potential to be overwhelming for older adults, the 2022 version of the Apple iPhone SE goes a long way to helping simplify smarter features. We like that the iPhone SE has retained the physical home button and that its speedy performance is paired with some great accessibility options.

If you’re new to the wonderful world of smartphones, we recommend starting with an Apple iPhone because of its user-friendly operating system. The iPhone SE third-generation handset is the latest model of Apple’s budget smartphone, which isn’t as cheap as its Android counterparts, but is still a worthy investment.

Older adults can take advantage of a voice assistant for hands-free use, 12MP camera for solid user-friendly pics, and some great accessibility features. Unlocking the phone is as simple as swiping your finger, and the physical home button makes backing out of apps a one-touch affair.

While the 4.7-inch screen size could be bigger, the Retina HD display makes things easy to see. We also like that the iPhone SE has great water and dust resistance, hearing aid compatibility, and grants access to a world of accessibility apps via the App Store.

If you’d prefer to pay off an iPhone SE with a phone plan, consider one of the popular picks below.

Samsung Galaxy A32
Our Rating

4.25
$449
View on Amazon
Price is accurate as of post date. Read full disclaimer.

The Apple ecosystem may do a better job of handholding new smartphone users, but going with Android opens up a world of cheaper options. The Samsung Galaxy A32 is our pick for the best budget smartphone because it boasts a generous 6.5-inch main display, plenty of battery life, and includes some neat accessibility features.

While we’re not fans of the low-resolution display and the speaker could be better, there’s a lot to like about the Samsung Galaxy A32 outside of the bargain price.

The Galaxy A32 isn’t the cheapest Samsung or Android phone on the market, but it has generous 128GB internal storage and great performance. It’s also running Android 11 by default, with years of pledged upgrades, which means access to some great accessibility features today and updates in the future.

Tinker with accessibility options for visibility enhancement, hearing enhancements (including hearing aid compatibility), and dexterity tweaks to improve the overall experience. Users can also hold the home key to launch the Google Assistant. Plus, download accessibility-boosting apps from the Google Play Store, including launchers that make icons bigger and easier to use.

You can also pay off a Galaxy A32 with a phone plan from one of the providers below.

4
$198
View on Kogan
Price is accurate as of post date. Read full disclaimer.

Flip phones aren’t for everyone, but they do make life easier for older adults by opening and closing gestures that answer and end calls. We also like the inherent protection and compact size that comes from a folded flip phone.

While the 2.8-inch main screen isn’t the biggest, the Olitech Easy Flip 2 is a feature phone with simplified functionality and big-by-default apps. We like that connectivity options include a 3.5mm headphone jack and Bluetooth, plus it’s great to see hearing aid support with a cheaper handset.

The battery life is okay for a smaller battery, and the Easy Flip 2 comes with a charging cradle. Alternatively, you can replace the battery if you want to carry a backup. That said, as a feature phone, battery life is preserved by the lack of phone ‘smarts’.

It’s great that the minimal 4GB internal storage can be upgraded by up to 32GB of MicroSD storage, even if the low-resolution camera doesn’t provide the best pictures. Still, the Easy Flip 2 has great older adult-friendly accessibility features, including a torch, dedicated emergency button, optional automatic call answering for preselected numbers, and GPS locational tracking.

You shouldn’t need a whole lot of data with the Olitech Easy Flip 2, so consider a popular plan from the SIM-only and Prepaid providers below.

If you’re an older adult in the market for a mobile phone that’s easy to use, start your comparisons with the feature phones on this page. The Opel Mobile Easy Big Button is the most straightforward. Alternatively, save money with the Nokia 225 or opt for the easier-to-use Olitech Easy Flip 2. Smartphones have great accessibility features these days, too, so go with the Apple iPhone SE 2022 model or the cheaper Samsung Galaxy A32 for an Android alternative.

The easiest mobile phone for seniors to use is a feature phone, which removes many of the potentially overwhelming apps of a smartphone and simplifies functions. Feature phones also tend to have physical buttons and loudspeakers.
A good choice of mobile phone for an older adult is one that meets their specific needs, specifically in terms of visual impairment and hard-of-hearing accessibility features and, potentially, physical buttons.
Mobile phones built for older adults tend to be free of specific network restrictions, unless they’re bought from a network provider (and may be locked to that specific network). To use whichever feature phone or smartphone you buy, you’ll need a SIM card from a prepaid or SIM-only mobile plan.

How we choose the best mobile phones for seniors

We’ve ignored any handset that only supports 3G as it’s set to be phased out in 2024, which means 4G is a minimum, though 5G support is a nice addition. More important is the inclusion of physical buttons, loudspeakers, and built-in accessibility features that make using the phone easier for people who are visually impaired or hard of hearing (including hearing aid compatibility).

Standby battery life is important, as is the option for removable batteries and an included charging cradle to simplify recharging. Other nice-to-have features include fall detection, GPS locational tracking, a dedicated emergency button, and simplified call controls.

You can learn more about how we review products by checking out our methodology.