Every iPhone comes with the Apple Home app that makes it a smart home jack-of-all-trades in your pocket. The key to unlocking its best features is installing Apple HomeKit devices throughout your home. We’ll walk you through the basics of HomeKit alongside fun extras in this guide.

Getting to know Apple HomeKit 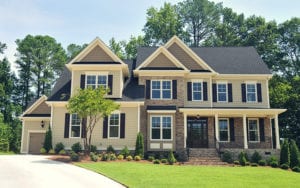 What is Apple HomeKit?

Apple HomeKit is a smart home platform that works with Apple devices such as the iPhone, iPad, and HomePod. Apple doesn't make smart home devices; it allows compatibility with third-party products that obtain a HomeKit certification.

The HomeKit certification is available only to devices that meet Apple's technical and security requirements.

Only for Apple users

Much like most of Apple's products and services, Apple HomeKit does not work on third-party operating systems like Android or PC. We recommend using Amazon Alexa or Google Assistant if you don't have an iOS device.

How do you use Apple HomeKit?

There are two ways to use Apple HomeKit:

When setting up devices, you scan an eight-digit number or a QR code to add them to the app. You can also add some devices automatically using the iPhone's built-in NFC reader. Then, you organise each HomeKit accessory into different rooms and zones in your home. Now, you can tell Siri to dim the lights in the bedroom or adjust the temperature in the basement.

Does Apple HomeKit require a hub?

While many HomeKit devices work using standalone apps, you'll need one of the following hubs in your home for remote access controls through the Apple Home app: HomePod, Apple TV, and iPad.

Without a hub, the Apple Home app works only with devices in Bluetooth range or on the same Wi-Fi network. Hubs also allow you to schedule and automate your HomeKit products.

Apple HomePod smart speakers give you complete control over your smart home through Siri voice commands. Though the larger Apple HomePod is now discontinued, the cheaper (and smaller) HomePod mini, which was introduced in 2021, is still going strong.

Apple allows you to pair HomePod devices together for enhanced audio. Your guilty-pleasure album can play in stereo sound or multi-room audio. This isn't a unique feature since other brands have it, but it's so invigorating to fill your home with music instead of confining it to a single room.

The Apple HomePod mini is Apple's budget smart speaker option and most closely competes with the Amazon Echo Dot and the Google Nest Mini in terms of size—it's about the same size and shape as the latest Echo Dot. But at under $150, it's more than twice the price of the competition.

To Apple's credit, HomePod mini has the best sound of the trio, but users say it isn't quite at the level of Google and Amazon's larger smart speakers (which also sell for around the $150 mark). HomePod mini is one of the most visually appealing speakers on the market, thanks to its diamond-pattern fabric cover and the colourful LEDs on the volume controls.

Because it's such a small speaker, the HomePod mini is subtle and can blend into just about any decor.

Like other smart speakers, you can set up your HomePod speakers (including HomePod mini) to work as intercoms to speak with folks in different rooms—just ask Siri or use the Home app. Apple's intercom even links with the iPhone, iPad, iPod touch, and Apple Watch to cast a wider net for help bringing in the groceries.

Apple doesn't have any native smart displays like Alexa and Google. Instead, it integrates HomeKit controls into its Apple TV streaming devices. Just hop into the Home app or ask Siri using your remote control. 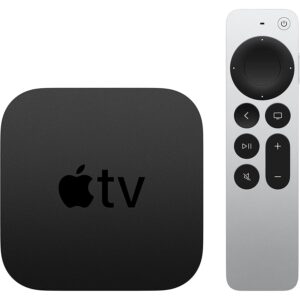 Without diving too deep into technicalities, the difference between the Apple TV HD and Apple TV 4K comes down to the video quality you want in your home theatre.

Are you Netflixing in your bedroom? The Apple TV HD has your back. It doesn't support the latest luxuries like 4K HDR video, Dolby Atmos surround sound, Gigabit Ethernet, and HDMI 2.0. But it performs well if you want a simple streaming device or a smaller TV with some Apple flair.

Are you hosting a movie night? The Apple TV 4K has all of the extras the regular HD model doesn’t—along with a faster processor and more storage capacity (up to 64 GB).

Here are some tips for using Apple HomeKit and Siri throughout your home.

Getting out of bed can be a chore for the best of us—so it's nice to have some help from your HomeKit smart home. Learn how Siri and HomeKit can make the most of your mornings and nights.

A. Start your day on time

Replace your alarm clock with a HomePod mini, and tell Siri to set the alarm to wake you up in the morning. You can even customise your alarm to play your favorite song or radio station.

Whether you're too hot or too cold, you can ask Siri from bed to adjust the temperature on a HomeKit-enabled smart thermostat like Ecobee. Better yet, jump into the Apple Home app and set a schedule to change the temperature automatically before you wake up.

It's too easy to forget to turn off the light before jumping into bed, but you can control them remotely through HomeKit—goodbye crawling from the covers to hit a pesky light switch.

The living room is the heart of your house so it makes sense that it should be the base of operations for you and your family. Explore some options for boosting your living room to new heights.

A. Stay in the know

Siri can read your schedule with its Personal Update feature. This gives you information about your calendar, reminders, weather forecast, and travel times to help you know what to expect for the day. It's perfect for keeping track of unexpected train delays so you can call your boss about working from home for the day.

B. Create some ambiance

Add some colour-changing smartbulbs—like Philips Hue, LIFX, or Nanoleaf—to your living room to help you set the ultimate mood for work, play, and everything in between.

Set up a shortcut to turn down the lights, turn up the sound, and turn on the Apple TV while you settle in for some quality time with your favorite show.

When you forget the last place you left your iPhone, ask Siri on your HomePod for a little help sounding your ringer. Just make sure you set up the Find My app on your iPhone first.

After a long school day, homework is often the last thing on your child's mind. Help them finish it early with a well-timed reminder before they jump into Minecraft or onto the trampoline.

HomeKit can make your kitchen more helpful with a smart plug and asking Siri for cooking advice—see what it offers in the culinary department.

A. Put on a pot of coffee

Hook your kettle up to HomeKit-enabled smart plugs for a quick cuppa on command.

B. Plan your next trip to the store

Ask Siri to add items to your grocery list so you have them handy in the Reminders app on your next expedition to the supermarket. Or, better yet, share the list with your partner and make them take care of it.

While Siri can’t walk you through recipes from the internet like other voice assistants, you can still use it to search for recipes on your iPhone, set timers, make quick conversions while cooking, and toggle between apps with different recipes.

Bathrooms are probably the last place you'd think about for high-tech smart home gadgets, but hands-free controls are a huge advantage in the porcelain palace. Here are some ideas worth trying.

A. Manage your meds

Set up a reminder with Siri to take your prescriptions. This is especially helpful if you need medications multiple times a day. Or you can set a timer at dinnertime to remind you how long to wait until your after-meal medicine.

B. Sing in the shower

Front and back yards

Whether you want to watch for threats or save on your water bill, Apple HomeKit can upgrade your yard. Check out some of our favorite ways to use HomeKit outside.

A. Check for visitors

Installing a security camera or video doorbell helps you know when guests show up (welcome or otherwise). You can even record video directly to your paid iCloud storage if the camera supports HomeKit Secure Video.

Be your very own keymaster with a smart lock or smart garage door opener. Just ask Siri to lock the front door or if the garage is open.

Get some smart lights for your outdoor fixtures and program them to turn on at night or when your cameras detect motion.

A smart sprinkler system like Eve Aqua can keep the grass on your side greener. It's also a great tool for reducing your water consumption since you can easily set a custom schedule and delay watering when it rains.

It depends on your preferences and budget. Apple HomeKit devices tend to be more expensive than other types of smart home products, but they integrate seamlessly into your life if you already have an iPhone or iPad.

HomeKit is worth it if you're a committed iPhone user, if Siri is your go-to digital assistant, and if you place a priority on your privacy. Otherwise, you can save a bit of cash by choosing a competing platform like Google Assistant or Amazon Alexa.

Yes, but you need to have a HomeKit hub device to connect your home to the internet: HomePod, iPad, or Apple TV.

Yes, but you won't have access to Siri, automations, and HomeKit devices that use the cloud.

Screenshot of Apple's directory of home accessories that work with HomeKit and AirPlay.

Siri is roughly on the same level as Amazon and Google when it comes to voice commands for controlling smart home gear and answering questions. But it doesn't offer as much flexibility and customisation since it doesn't work on non-Apple devices.

Apple HomeKit is probably more secure than Amazon Alexa and Google Assistant because Apple enforces strict security requirements before certifying compatible devices. Apple also doesn't tend to use Siri or HomeKit to collect data without your permission (or it tells you exactly what it's taking). Its two main competitors can’t say the same.

Still, every piece of technology is vulnerable to security threats—we recommend protecting your smart home from hacking by equipping your Apple ID with a strong password and two-factor authentication. Don't forget to regularly update your apps and devices to eliminate security threats as developers discover and fix them.