The Truth About Black Mould—And How You Can Stay Safe

You’ve probably heard about the dangers of black mould, an alleged silent killer that hides in water damage and ceiling tiles. But what is black mould? And is it dangerous?

Black mould, or Stachybotrys chartarum, surfaces as blackish-green spots or blemishes. It lives on moist, cellulose-rich surfaces like plasterboard and wood. Black mould is most attracted to moisture, which is why it lives in previously-flooded homes, leaky pipe areas, or anywhere with water damage.

How to find and remove black mould 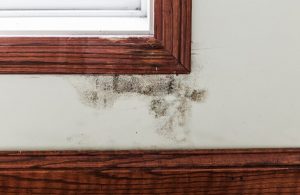 The short answer is—not really. But that doesn’t mean you should keep black mould as a pet.

Everyone has different levels of tolerance to allergens like mould spores, but that’s all black mould is—an allergen. Those with asthma, respiratory allergies, or immune suppression will feel the effects of black mould’s mycotoxins more than other people.

As one source put it, “Previous reports of ‘toxic mould syndrome’ or ‘toxic black mould’ have been shown to be no more than media hype and mass hysteria.”

But whether you feel black mould symptoms or not, it’s best to get rid of black mould as soon as you find it.

What are the symptoms of black mould exposure?

If you find black mould on your property, there’s no need to panic. But black mould presents more health risks to sensitive groups like those with respiratory conditions or immune conditions.

According to NSW Health, exposure to mould can lead to cold- or flu-like symptoms such as:

In very rare cases, some people can develop a severe mould infection in the lungs.

So while black mould probably won’t kill you, it can make you feel sick and should be removed as soon as possible.

How does black mould get inside a house?

Mould spores find their way inside by hitchhiking on clothes, pet fur, and air currents into your home. But spores can’t get comfortable without plenty of water. This is why you’ll usually find black mould around water-damaged areas impacted by plumbing issues like floods or leaky pipes.

Materials like plasterboard or carpet can soak up water, creating a perfect home for a black mould colony. If you find water damage at home, it’s crucial to remove all the affected materials to prevent mould from growing.

A water leak sensor can alert you to leaks in hard-to-reach places where the water damage would otherwise go unnoticed.

Mould remediation in stores, offices, or schools is best left to the pros. This also applies to household mould exceeding one metre squared.

Homeowners can handle cleaning about one square metre of black mold on their own with a combination of bleach, water, scrubbing, and ventilation.

Before treating moild on your own, prioritise ventilation and protective gear.

Start the cleaning process by opening doors and windows to create a cross breeze. Dehumidifiers can also dry up the air and strip precious moisture away from mould growth.

Even if you aren’t sensitive to mould, it’s nasty stuff. Be sure to wear protective eyewear, non-porous gloves, and a mask or respirator to protect yourself from getting sick.

If the black mould growth in your home is small enough for you to treat alone, a simple mixture of bleach and water can help. Follow the dilution instructions on the bottle, then apply the mixture to the mouldy spots. You can also find commercial black mould removal products.

Soak a paper towel in the cleaner and press it over the mould growth to dampen the area. Then start scrubbing. Avoid spraying mouldy areas, since the droplets will collide with the mould spores and launch them throughout the room, making them easier to breathe in and harder to eradicate.

Be sure to dry the area thoroughly when you’re done.

Do NOT mix bleach with ammonia. This combination can create toxic fumes that are far more dangerous than any mould you’re trying to clean.

Nobody wants black mould in their home or building. Follow these rules to reduce the chances of mould on your property. 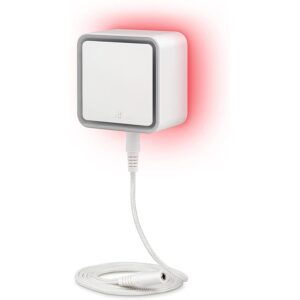 Flooding, leaky pipes, and malfunctioning appliances can all cause water damage. Once water seeps into a porous surface like plasterboard, black mould and its cousins are likely to appear. Water detectors can help you catch faulty appliances and leaks early.

If you do find water damage in your home, treat it and cut off the problem area’s water source as soon as possible. You’ll also need to remove flooring, ceiling tiles, or any other material that was affected by the water.

Keep it clean and dry 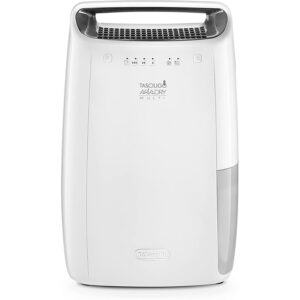 It never hurts to clean regularly. Make sure humid areas and rooms with plumbing get regular spot checks. Add mould and mildew removal products to your cleaning routine, especially for the bathroom and kitchen.

Mould thrives on moisture, so use dehumidifiers in humid areas of your home like bathrooms, basements, or closets. We like this De'Longhi dehumidifier because it's lightweight and portable for easy relocation.

Aim to keep the humidity in your home below 50% to inhibit mould growth and other allergens like dust mites. 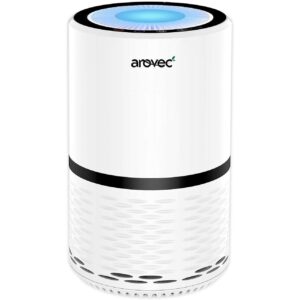 Use an air purifier with a true HEPA filter to catch mould spores that wind up in your home.

Our favourite is the Arovec H13 Air Purifier. It's compact, affordable, and highly effective.

As for black mould’s toxic reputation, those with immune suppression, asthma, or other respiratory problems are most at risk of feeling ill.

It’s not likely that you’ll die from black mould poisoning because it’s just not that toxic. That said, you should act quickly if you find it in your home. The good news is it’s treatable, removable, and preventable.

Not big at all. Spores from black mold or the Stachybotrys chartarum can range anywhere between 2 and 100 microns. To give you a better idea, the average human hair is about 70 microns wide.

According to the World Health Organisation, mycotoxins are naturally occurring toxic compounds found in pantry food like cereals, dried fruit, nuts, and spices. Exposure can occur from eating infected food or through the animals who ate contaminated food.

We found a handful of sources recommending treatments like tea tree oil, grapefruit, and vinegar (just not in the same mixture). And while we haven’t tested these remedies out ourselves, many of the natural items listed have antifungal properties that could dry out black mould.

However, we recommend looking to the pros if you need help with a larger mould colony.

Black mould thrives on water and porous material like drywall or wood which commonly mix in areas like ceilings, basements, and crawl spaces. You can tell if your home has black mould by simply looking and sniffing. If you still aren’t sure, you can find black mould test kits online for around $40.