The Nextbase 322GW is the goldilocks option for those who want a decent dash cam that nails the essentials. 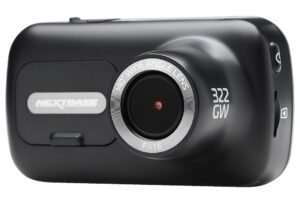 3.75
The Nextbase 322GW is a solid middle of the range dash cam option with better than average low-light performance and a sleek design.
View on Amazon 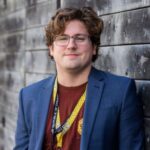 By Fergus Halliday
Researcher & Writer
Share Article
SafeWise is an independent review site. We may earn money when you click links on our site. Learn more.

Dash cams have reaped many of the same benefits as smartphones have when it comes to the miniaturization of high quality video capture technology. However, as dash cams from brands like Nextbase and Garmin have become more sophisticated and powerful in their capabilities, the cost of buying one has also crept upwards.

The Nextbase 322GW opts to take a different approach. It’s not a breakthrough, but it is a breath of fresh air. It’s humble in its aspirations, and does a great job of delivering on them. If you’re in the market for a decent dash cam at a decent price, it’s a consistent and convenient option worth considering.

The Nextbase 322GW Dash Cam is priced at $279 outright in Australia, though we were able to find it $50 cheaper on Amazon. It can be found through most of the usual retailers like Catch, The Good Guys, and Officeworks.

That price places it in the mid-range category, in line with the likes of the BlackVue DR590 Full HD Dashcam and Garmin Dash Cam 47, both of which retail around the $270 mark. 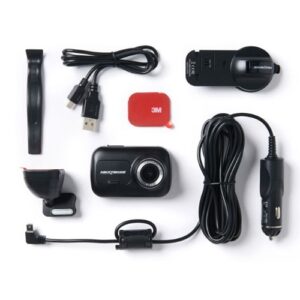 The Nextbase 322GW bills itself as a dash cam that works smarter rather than harder. With 1080p video capture at 60 frames-per-second, a 140-degree field-of-view and a sub-$300 price-tag, it falls fairly into the middle of the pack when it comes to the category.

Nextbase haven’t cut corners, but they have spared themselves expenses like 4K quality and a built-in rear or internal camera. The rounded-edges and matte black finish make the Nextbase GW322 a little more discreet than some of the other options, but the overall form-factor rarely reaches outside your expectations for what a dash cam should look and feel like.

That said, there is one important exception to this in the form of Nextbase’s Click & Go PRO mount design. This setup relies on high-strength neodymium magnets to allow you link together the mount's power source directly into the dash cam. If you need to remove or mess with the 322GW, detaching it from the mount is as simple and fast as re-attaching it whenever you’re done. 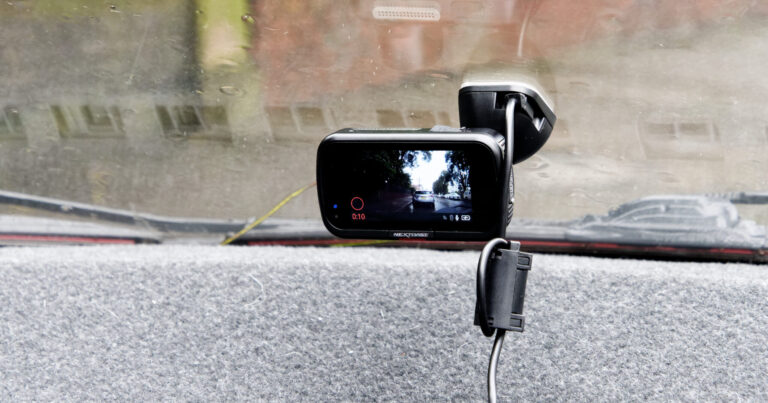 For the most part, the Nextbase 322GW opts to focus on the foundations of what a dash cam needs to do what it does. To that end, the form-factor here is fairly conventional. The front-facing half of the dash cam features a single f/1.6 aperture wide angle lens with 140-degree field of view. This is capable of recording video and stills in either 1080p at 60FPS or 720p at 60FPS. The former is the way to go if you want to make the most of the 322GW’s capabilities, but the latter is an option for those looking to squeeze additional usage out of the memory card you’ll need to buy separately.

The reverse side of the Nextbase 322GW features a 2.5-inch HD IPS touch sensitive display. This screen can’t help but feel a little cramped, but it mostly gets the job done. Navigating the basic functions of the dash cam works well enough. However, the low resolution of the screen does make it a little more difficult than I’d like to review footage in a pinch. Still, the fact that you can do it at all without the connected smart device you’ll need to set up the Nextbase 322GW does earn it a few points from me.

Nextbase GW322 vs other dash cams

When it comes to features and overall bang-for-buck, the Nextbase 322GW puts rivals from brands like BlackVue and Garmin to the test. Take a look at the table below for a better sense of how this dash cam compares to its competitors when it comes to specs and price.

Once setup and mounted in your car, the Nextbase 322GW dash cam can be as hands-off or hands-on as you’d like. By default, it’ll activate and start recording in one minute segments when you turn on your car.

Like most modern gadgets, the Nextbase 322GW dash cam is designed to be used via a connected app.

Available on both iOS and Android, the MyNextbase app allows you to upload, download and share footage between the dash cam and a connected smartphone or tablet. This process is fairly intuitive, though the file sizes and connection medium involved usually meant that it can take around 15 or so seconds to download anything specific. It was slow enough that I usually opted to take the dash-cam to my computer, plug it in and review the footage that way instead.

The GPS inside the Nextbase 322GW does record map data for each clip, however viewing them via the connected app can be tricky because you’re usually connecting to the dash cam using Wi-Fi, which means you’ll need mobile connectivity wherever you are at the time.

Nextbase has gone one step further than this baseline set and forget arrangement by implementing a nifty Intelligent Parking mode that turns the camera on and automatically starts recording if it senses a bump or another kind of physical movement while the car is left unattended. The sensitivity of both of these functions can be further refined via the settings menu on the dash cam or via the app.

In terms of the quality of the actual video footage recorded by the Nextbase 322GW, it gets the job done. Mostly. Daylight footage was decently sharp, though discerning specific number plates was sometimes tricky.

While the Nextbase 322GW’s big claim to fame is a dedicated night mode, I was genuinely surprised by how much of an impact it made. If anything, night-time footage actually looks better than its daylit counterpart does. That said, again, the level of detail here did sometimes fall short of where I hoped it would be. As with daylight footage, the visibility of number plates in nocturnal conditions was pretty hit and miss unless you were bumper-to-bumper with someone.

The Nextbase 322GW is the goldilocks option for those who want a decent dash cam that nails the essentials, but stops short of raising the bar for the category. It’s easy to set up, and even easier to forget about. It doesn’t have cutting edge specs, but software smarts help make up some of the difference and allow the humble hardware here to swing above its weight.

How we reviewed the Nextbase 322GW Dash Cam

Our review process involved setting up and using the Nextbase 322GW over a matter of weeks. During our time with the device, we recorded hours of test footage and tinkered with the settings menus available on the unit itself (plus the connected app).

We also reviewed the footage recorded to determine whether it met expectations and conducted research into how the Nextbase 322GW compares against its closest competitors in the market when it comes to specs and value for money.