The SwannBuddy is a value-packed option for first-timers, but it comes with some caveats. 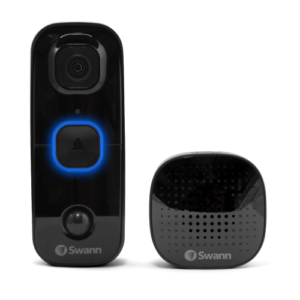 3.5
The SwannBuddy is a great entry-level video doorbell thanks to its included local storage and renter-friendly installation, but it’s held back by painfully slow software and a low frame rate.
View on Amazon

Aussies have more choice than ever before when it comes to video doorbells, and security camera giant Swann is the latest brand to jump on board and try to give Amazon’s Ring a run for its money.

The SwannBuddy video doorbell is affordable, easy to install, and renter-friendly, and we love that it doesn’t require a cloud subscription to record and access footage—in fact, it comes with its own 32GB microSD card to ensure all comings and goings are recorded (even if your Wi-Fi is down). However, the app and live view can be so slow to load that you might just miss any visitors.

Though it’s a decent-value first video doorbell for smart home newbies, it doesn’t quite measure up to the likes of Ring, Eufy, and Google Nest.

App is achingly slow to load

The SwannBuddy will set you back just under $200, which, as far as wireless video doorbells go, is quite a steal. Of the most popular brands out there (Ring, Eufy, Arlo and Google), only one Ring model (the Ring Video Doorbell Gen 2) comes in cheaper at $119. As for the rest, you can expect to pay anywhere between $250 and $450.

It’s also worth noting that, unlike many other video doorbells, the SwannBuddy comes with onboard storage, meaning you don’t have to shell out a monthly fee for cloud storage, saving you between $5 and $15 a month (depending on the brand).

SwannBuddy Video Doorbell: In the box

In addition to the video doorbell unit itself, the SwannBuddy also comes with a chime unit (and two AA batteries to power it), a 32GB microSD card for local storage, a USB to micro USB charging cable, a mounting bracket (along with screws and adhesive strips), plus some theft-deterrent stickers. 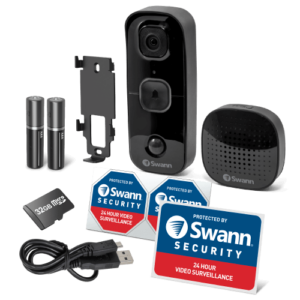 Installation and setup of the SwannBuddy was an easy and relatively pain-free process. The first thing you’ll need to do is charge the doorbell unit, which will take you around six hours. In the meantime, find a spot to place the chime unit, and get started with attaching the mounting bracket. For those with an existing wired doorbell, the SwannBuddy can be connected using the included wire extenders.

The SwannBuddy can be mounted to just about any surface using either the included screws or the more renter-friendly adhesive strip. Not wanting to damage the brickwork near my front door, I opted to mount the video doorbell unit on the adjacent windowpane, which meant no drilling or screws were necessary–just stick it to the surface, leave it overnight, and then attach the doorbell the next day. 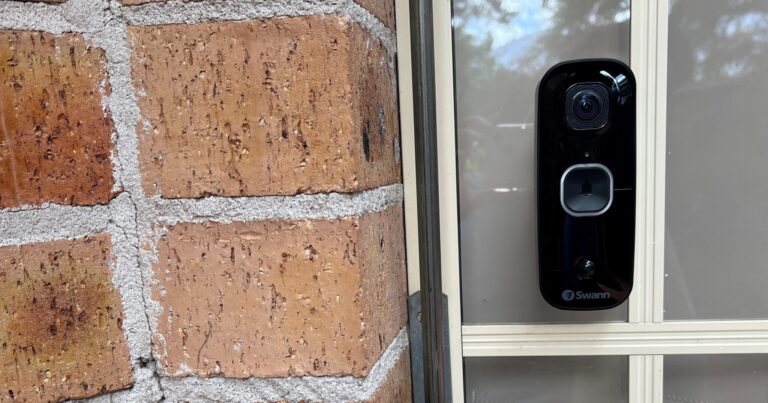 So that someone can’t pinch your doorbell and run off with it, there’s also a small anti-tamper screw at the base of the mount which can be tightened using a small Philips head screwdriver to fix the doorbell in place. You’ll need to loosen it whenever the doorbell needs a charge.

The SwannBuddy has an IP56 waterproof rating, so it should easily withstand a bit of wild weather. My review unit was put to the test more than a few times during Sydney’s March 2022 record rainfall and didn’t skip a beat.

Once all the physical installation is complete, you’ll need to download the Swann Security app and follow the instructions to connect your video doorbell to your Wi-Fi network. Once set up, you can use the app to view a live feed from the camera, watch saved footage, check the Wi-Fi signal and battery level, adjust motion detection sensitivity, and change other settings.

In terms of features, the SwannBuddy has just about everything you’d expect in any video doorbell worth its salt. When set to the highest quality video option, the 1080p HD camera is crisp enough to make out plenty of detail with night vision, a wide 180-degree viewing angle, and a 1:1 aspect ratio that allows you to see visitors as well as any packages left on the ground by your front door. There’s also two-way audio, so you can listen and speak to visitors, motion detection to trigger alerts and recording, and Google Assistant and Alexa compatibility for viewing the live feed on a smart hub or TV. 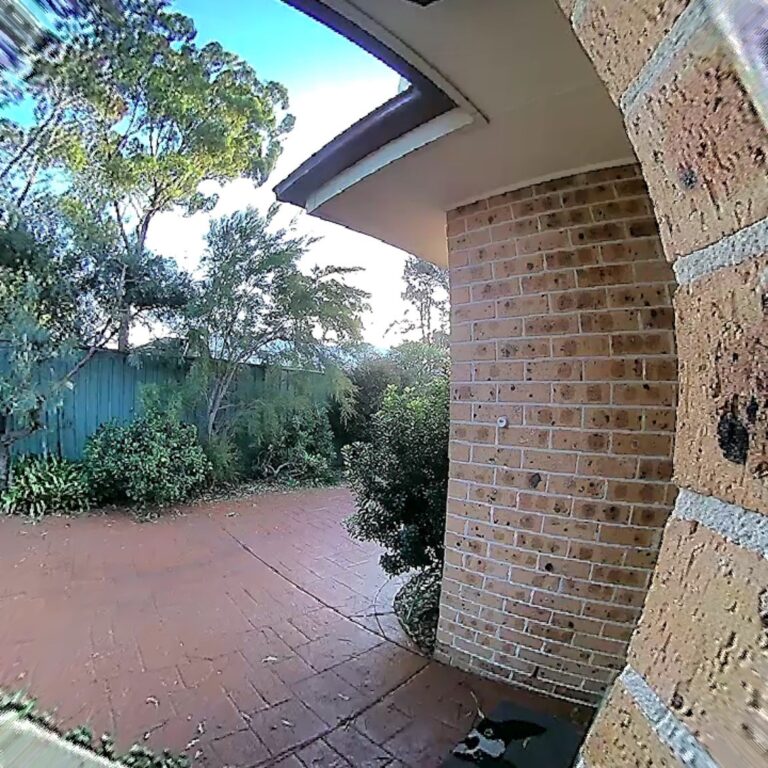 Beyond those key features, the biggest selling point of the SwannBuddy is the available storage options. Just about every video doorbell offers cloud storage (which almost always comes at an extra monthly fee), but it’s pretty rare to find one that features local storage. The SwannBuddy has both–free cloud storage for up to seven days of footage (or up to 60 days for $3.99 per month) and free onboard storage care of the MicroSD card slot and included 32GB SD card.

All these features are managed and tweaked from the Swann Security app, which is unfortunately quite a major letdown. It’s user-friendly enough to navigate, and if you own other Swann Security products, it’s great to have every device in one place. However, the app is painfully slow to the point where, by the time it’s loaded, the connection has been established, and the live view has appeared, your visitor may very well have already left. This is incredibly inconvenient for deliveries as packages may be rerouted to a post office or depot should you miss the opportunity to speak with the courier.

Perhaps because of this lag, I found that many clips recorded by the doorbell missed the first few seconds of motion, often capturing the tail-end of the event (for example, a courier walking back to the truck and driving away).

And as for the clips themselves, though they’re clear and detailed, the low frame rate makes for incredibly jittery footage. It’s fine for catching up on missed visitors, but if security is a concern, you might miss key seconds in the event of an intruder attempting to enter your home.

In terms of battery life, you can expect to go for about two months before needing to charge your SwannBuddy, which isn’t the worst, but it’s not quite up to the standard of other battery-powered video doorbells–many of which can last up to six months. The slow charging time (around six hours from flat to 100%) also leaves a little to be desired.

When considering any connected home security or smart home product, data privacy shouldn’t be overlooked. Like any Wi-Fi enabled device, a video doorbell isn’t completely impervious to hacking. In fact, a 2020 class-action lawsuit against Ring alleged that weak security measures enabled hackers to take over a number of customers’ video doorbells and smart cameras.

There are ways to mitigate the chances of your video doorbell being hacked, including opting for a product that offers AES-256 bit (military-grade) security, enabling two-factor authentication, reviewing sharing options for footage, regularly deleting footage, using strong passwords, and bolstering your Wi-Fi router’s security settings.

According to Swann’s website, the company uses AES-128 bit (bank-grade) encryption, which is pretty standard among most popular video doorbell brands.

For a sub-$200 video doorbell, the SwannBuddy packs some impressive features. However, its laggy app, jittery recordings, and sub-par battery life make it tough to recommend over other popular models from Eufy, Google, and Ring.

Still, if you’re already in the Swann Security ecosystem or want to get a taste of smart home tech without forking out too much or drilling holes in your rental property, the SwannBuddy isn’t a bad place to start.