Home | Smart Home | Ring Doorbell Comparison: Which One Should You Buy?

Ring Doorbell Comparison: Which One Should You Buy?

After hours of research and hands-on testing, we bring you our honest take on the Ring doorbell series.
Best overall 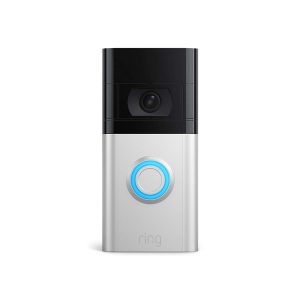 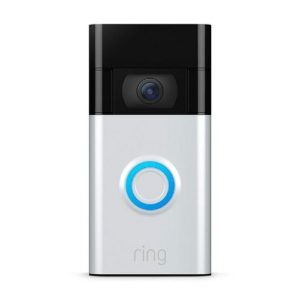 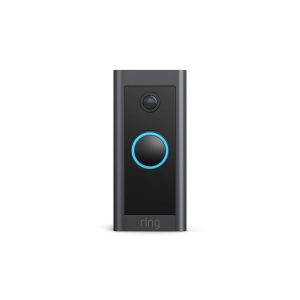 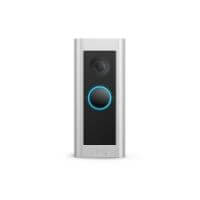 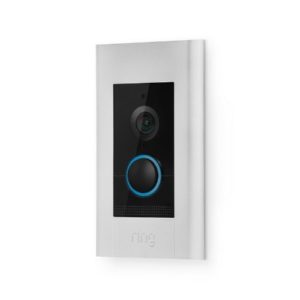 Of all the Ring security video doorbells—from the original to the Elite—our top pick for Ring doorbells is the Ring Video Doorbell 4. It’s easy to install, easy to use, and under $200.

It’s the same price as its predecessor, the Ring 3 Plus, and it features a few subtle upgrades like longer-lasting batteries and a "quick reply" feature. But a different Ring doorbell might be a better choice for you based on your budget and expectations.

What is the best Ring doorbell? 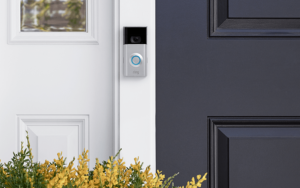 View on AmazonBest for budgets

View on AmazonBest for new builds

What to expect with Ring video doorbells

Before we go into the nitty-gritty details, here are six things every Ring Video Doorbell has in common:

How many Ring doorbells are there?

We looked at five Ring doorbell models that you can still buy in this review. But it’s important to note that different Ring doorbell versions target specific needs beyond what a single model could handle, like a doorbell for an apartment, or with a less bulky size.

A big difference between Ring doorbells is installation. Pretty much anyone can install the Ring 2nd Gen and the Ring 4 since they require only a few screws. If you’re on the handy side and feel comfortable with simple wiring (or are willing to learn to hardwire a Ring doorbell), then you might consider the low-profile, battery-free Ring Pro 2.

Overall, we’ve found the Ring app to be a little bit on the slow side. The app gives you access to your live camera feed, but since it’s a bit laggy, we recommend adding a subscription to Ring Protect Plus (from $4.95 a month) so you can use cloud storage and review feeds later.

But if you have a larger front porch or area you want your camera to cover, you might want to consider Ring doorbell options with mounting wedges, like the Ring 4.

All Ring doorbells have a hardwire option so you never have to worry about changing a battery.

If you do decide to go the battery-powered route, we recommend purchasing an extra battery for power while the other is charging.

Finally, think about internet speeds. For a fast, reliable connection, the Ring Elite is your best bet since it works with ethernet rather than Wi-Fi.

If you want to go the Wi-Fi route (as most DIYers do), remember that you may need a Wi-Fi extender, depending on how far your front door is from your router.

One of our favourite features on the Ring 4 is the Pre-Roll feature, which saves four seconds of video from before motion triggers the camera to record. This is great for catching the whole event instead of capturing the back of a porch pirate's head as they make a getaway.

The camera on the Ring 4 has 1080p HD video with better night vision than other Ring video doorbells, and you can adjust the camera angle by adding one of the included mounting wedges to tilt it left or right. The Ring Video Doorbell 4 also includes a corner kit.

You can also adjust the motion sensor sensitivity so you’re not getting constant motion-activated alerts.

The Ring Video Doorbell (2nd Gen) is a peculiar product. It's a long-overdue update to the original Ring Doorbell (which released in 2014), but it's also not the Ring 2, which is no longer available.

One big improvement in this new version is crisp 1080p video quality and a more polished design. But it still doesn't have a removable battery. Charging the battery on this Ring is a bit of a hassle (since you have to pretty much take the whole doorbell off). But if you hardwire it to your old doorbell, you won’t have to worry about the battery dying.

It also lacks the fancy Pre-Roll feature that captures video from before motion events, which is Ring 4's biggest draw.

If you still want a Ring doorbell but you’re on a budget, those little concessions are worth the money you save on the purchase price compared to the Ring 4.

But just because it’s budget-friendly doesn’t mean it’s without perks. The Ring 2nd Gen still has all the other bells and whistles we enjoy with pricier versions, including custom motion zones, motion-activated alerts, and a wide 155º field of view.

The Ring Video Doorbell Wired costs just $119, making it the most affordable Ring doorbell to date. But there's a catch: you can only use this version if you already have existing doorbell wiring or a nearby plug. There's no battery pack.

Even though it's not a wireless camera, it still has all the perks you expect from a video doorbell: two-way audio, motion alerts, 1080p recording, and a Wi-Fi connection.

The Ring Video Doorbell Pro 2 is the device for people who want a subtler, sleeker video doorbell to greet their visitors. The Ring Doorbell Pro 2 is narrower than its bulkier cousins with a profile that resembles a standard doorbell.

But that lack of bulk is because there’s no battery. That means you have to hardwire it to your old doorbell or plug it into a nearby power socket.

It has 1536p resolution, which is slightly higher than other Ring doorbell cameras, and it still manages to fit a motion detector and two-way audio into its space-saving design.

The Ring Video Doorbell Elite is Ring’s top-of-the-line option with a top-of-the-line price to match. It’s hardwired to your ethernet connection, so you never have to worry about its proximity to Wi-Fi.

But since most homes probably don’t have an ethernet cable running to the doorbell box, the Elite is a better fit for new construction.

Ring recommends professional installation for this device due to the required ethernet connection and because it’s flush-mounted to your outer wall. On the plus side, the flush-mount design makes it a lot less bulky after installation than other Ring video doorbell models.

Which Ring doorbell should I buy?

The Ring Video Doorbell 4 is the most advanced and newest Ring doorbell model. Its dual power options, mounting wedges, and innovative Pre-Roll feature help it easily capture a top spot among Ring's doorbells (even though the cheaper Ring Video Doorbell (2nd Gen) is our favourite video doorbell overall).

Since Ring hit the market, many other companies have gotten in on the doorbell cam action, including Google Nest, Eufy, Arlo and more. Check out our other video doorbell reviews to learn more.

A Ring Protect Basic subscription costs $4.95 a month for one video doorbell device. Your subscription gets you up to 180 days of rolling cloud storage for your doorbell camera video so you can save and share video recordings.

Ring Protect Plus is $15 a month and gets you the same video recording and cloud storage as the Basic but for unlimited devices and comes with an extended warranty.

Ring has had trouble with some privacy issues with people gaining unauthorised access to customers’ camera feeds which put a microscope on the company’s privacy policies. But the company is working to improve privacy for its customers in a number of ways:

Wired Ring doorbell models with a battery will still function when the power’s out:

But even if they work, your Wi-Fi probably won’t. The Ring Wired, Ring Pro, Ring Pro 2, and Ring Elite don’t have a backup battery.

How we reviewed Ring doorbells

As a Ring Doorbell 2 user, I’ve probably spent dozens of hours over the last few years using my Ring, and despite the sluggish app, I’m a happy customer.

To compare Ring 1 and Ring 2 and learn more about the other Ring video doorbell products, I spent about three hours combing the Ring website, researching each device. I also watched about half a dozen installation videos and talked with a security pro to better understand the ins and outs of installing each. Our full methodology gives more info on how we evaluate products.