Home Safety News Safest and Most Dangerous States for Drivers

Safest and Most Dangerous States for Drivers

Do drivers in your state cross the line and go over the limit? SafeWise investigates. 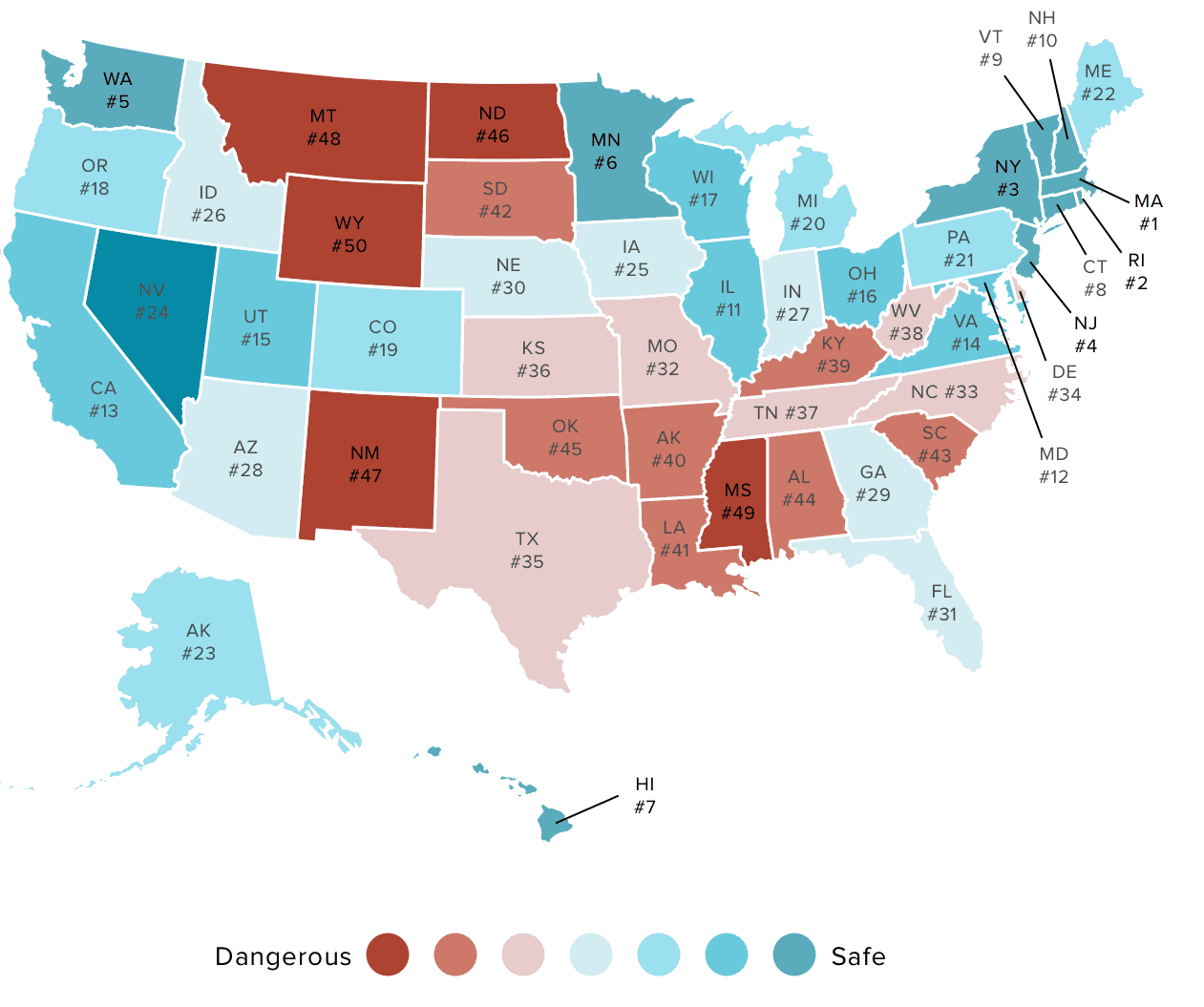 Your security on the road depends on many factors. Seat belts, road conditions, and, perhaps most alarmingly, other drivers. Unintentional injury is the leading cause of death for people under fifty in America, and over 37,000 people die yearly in motor vehicle incidents1. When it comes to driver safety, however, there may be another important factor to consider: where you live.

Because protecting your family doesn’t end at home, SafeWise is also committed to keeping you safe on the road. We researched driving trends across America, aggregating data on motor vehicle fatalities to determine the safest place to drive.

Our conclusion? The northeastern United States, where the old salts in New England manage to keep the rubber on the road, is your safest bet. Despite a reputation for aggressive driving (and some rather unsavory nicknames), Massachusetts’s drivers earn top marks, followed by their neighbors in Rhode Island.

Planning a road trip? Take caution on some of the northwestern cross-country routes that cover scenic areas in Wyoming, Montana, and North Dakota. These mostly rural regions hit road blocks as some of the most dangerous states for driving in America.

Looking for more specifics on your state’s safety record? Let’s compare numbers to see a few other correlations in the data on driving trends across America.

Despite having longer average commute times,2 states with lower speed limits have fewer fatalities.3The data shows that while you might spend more time on the road, chances are you’ll get there safely when traveling at slower speeds.

And while there’s plenty of controversy surrounding the argument that stricter blood alcohol thresholds mean less DUIs,5 there is evidence that higher blood alcohol content (BAC) levels in general mean more fatalities. The National Highway Traffic Safety Administration indicated that in 70% of alcohol impaired driving fatalities,6 at least one driver had a BAC of .15 or higher, nearly twice the legal limit in every state.Conversely, states with higher average speed limits see more fatalities. But it’s worth noting that many of the states listed as the most dangerous for speeding are also northern or southern states that have major cross-country interstate highways. What the fatality data may show instead is the result of higher speeds, more congestion, and heavier vehicles.

If you’re just passing through Wyoming or North Dakota, maybe don’t keep the pedal to the metal.

More Lenient Laws Mean More DUIs. Except When They Don’t.

Three of the states that see the most fatalities from drunk driving are also considered more lenient on DUIs, according to WalletHub.4 But that’s not the end of the story. Two states from the safest category also make the most lenient list, so we’ll have to refrain from speculation because the data here is a mixed bag.

At SafeWise, we wondered if Uber or Lyft helped cut down on drunk driving in states where ridesharing is more popular, but studies have indicated that’s not the case.

Age is Only a Number, but it’s also a Factor in Distracted Driving.

Think keeping both hands on the wheel is your ticket to safety? It’s certainly important, but it doesn’t seem to be the defining factor in fatalities associated with careless driving. Only one of the safest states with the fewest distracted drivers bans handheld phone use.7

What does appear to be a factor? A state’s median age. At least one of the most dangerous states for distracted driving is in the top ten lowest median ages in the US, and two of the states with less distracted drivers have the highest median age in the United States.8 It’s likely that younger, inexperienced drivers just can’t handle distractions of any sort.

There’s another interesting correlation between distracted driving and the age of your vehicle’s occupants. States considered the worst in America for distracted driving also have higher than average birthrates.8 As you might imagine, those with babies on board may be more concerned about what’s going on in the back seat than what’s happening on the road ahead.

SafeWise’s methodology in this study on the Safest and Most Dangerous States for Driving is based on data from the Insurance Institution for Highway Safety Highway Loss Data Institute on driving fatalities in each state. The team then sorted by causation and supported correlations with additional resources where indicated.

Here at SafeWise, we can rest easier now that you’ve seen the numbers and know the risks. Buckle up and share this map with the ones you love before taking the wheel in your state. 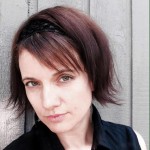 Kaz is a journalist who covers home security, parenting, and community and child safety. Her work and product testing in the security and safety field spans the past four years. You can find Kaz in HuffPost, SheKnows, Lifehack, and much more. Her degree in education and her background as a teacher and a parent make her uniquely suited to offer practical advice on creating safe environments for your family. Learn more