Save Money and Energy by Switching to LED Lighting

LEDs aren’t just for holiday lighting and children’s toys. Due to recent improvements in technology and falling costs, LEDs (light-emitting diodes) are quickly becoming the go-to lighting choice for all types of outdoor illumination.

LEDs were originally used for landscape lighting, but improvements in lumen output and color temperature now make them a viable choice for porch lights, floodlights and home security.

Part of the advantage of exterior LED lighting is its ability to generate any color of light and beam spread, from 360 degrees to a more focused 100 or 30 degrees. “The technology definitely offers the full spectrum of intensities and color of light, so LEDs can compete with any existing incandescent, fluorescent or any other type of bulb,” van der Putten says.

For sun-quality brightness, try an LED with a color temperature around 5,000 Kelvin, which approximates daylight. To create an inviting patio or hot tub space, pick a light around 2,500 K, which is similar to household incandescent bulbs.

Wesley Sedain, owner of highly rated Alley Electric in Fremont, Calif., says he’s seen an increase in homeowners installing LED floodlights and motion-activated security lights above garages and along the sides of a home to illuminate dark pathways. “Incandescent bulbs tend to give more of a yellowish color light, and if you have a real dark area on the side of your home that you’re trying to light up, the LEDs work great because they’re very bright and can turn that area almost into daylight.”

Unlike incandescent bulbs, many LEDs don’t have a glass globe cover, making them harder for a burglar to dismantle.

You can add LEDs to your outdoor spaces in unlimited ways. Some popular uses include installing LED spotlights to showcase specific areas of the lawn or landscaping, lining walking paths with LED track lighting, hanging LED rope lights along deck handrails and recessing small LEDs in porch steps. Colored LEDs can add life to backyard pond and waterfall or spruce up a boring pool deck.

LEDs are safer than incandescent bulbs because they produce minimal heat and reduce the chance of fire. “Those bulbs don’t get as hot as traditional halogen bulbs,” van der Putten says. “I’ve seen fixtures melt because landscapers put stuff on top of them.”

Strands of LED lights still cost more than their incandescent counterpart, but lighting pros say falling prices will only increase their popularity. “The LEDs use less wattage, so you can actually have more lights and use less energy,” Sedain says.

Van de Putten says LEDs put less stress on the home electrical system. “With Christmas lights, people use existing outlets,” he says. “If you use incandescent [holiday lights] they can easily overload the outlets and then the circuit breaker trips. That’s a lot of annoyance, especially in the season when you want everything to look good. With LEDs that problem will hardly exist. You can use almost an unlimited amount of lights without using a lot of power on the [electrical] system.”

This article originally ran on AngiesList.com. 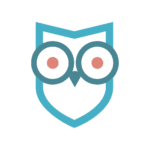 The SafeWise Team is here to help you keep your home and family safe. Whether you’re looking to pick a security system or identify and remove common risks in your home, we’re here to help you find the best products and well-researched answers. At SafeWise we combine our years of experience in home safety and security with user reviews and feedback to help take the guesswork out of living safe. Learn more