Security window film reinforces your existing windows to prevent dangerous shattered glass and offers some protection against break-ins. Read our recommendations to see if it's right for you. 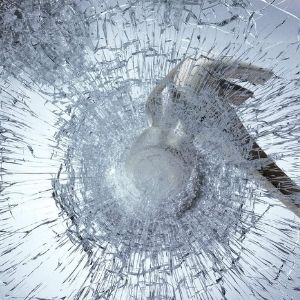 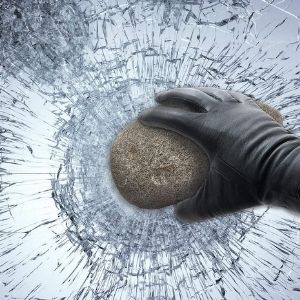 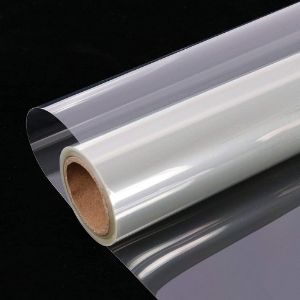 BDF S8MC Window Film Security and Safety Clear isn’t the most exciting way to level up your home security, but it’s an affordable way to add protection against shattered glass and slow down potential burglars. This safety film comes with a thickness of 8 mils, making it a durable option for most homes.

If you want to learn more about the exciting world of security window films (like how smaller rolls usually cost more per square foot), check out the rest of our recommendations. Take a peek at our frequently asked questions to learn about the benefits of window film. 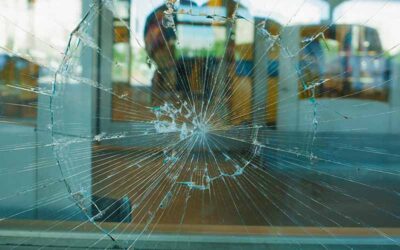 Using six companies’ figures, we analyzed the prices, thicknesses, and sizes of 200 different security window films. We looked only at clear security film and ignored window tint and graffiti protection films entirely, though we might add these in a future update.

Our main goal was to find out which films were the most cost-effective and strongest. We also briefly looked at how well each safety film deals with sunlight for a better picture of how each brand affects your view while reflecting furniture-fading sunbeams.

You can learn more about our ranking philosophy by reading our methodology.

The BDF S8MC Window Film Security and Safety Clear had the strongest showing among the products we looked at. This 8-mils safety film provides a lot of strength for an affordable price, with some roll sizes costing less than $1 per square foot.

It can prevent glass fragments from littering your floors while slowing down intruders enough that they’ll probably give up before setting foot in your home. We also like that there are actual customer reviews (they’re even favorable, too) for this product, unlike most safety film brands.

Unlike the other brands we reviewed, BDF comes with two tools: a cutting knife and the rubber squeegee to help you install the film.

Unfortunately, this security film has lower visible light transmission than the competition at 87%, so it more visibly dims your windows after installation.

Still, we think that BDF S8MC is the best option for most folks looking to add strong security film to their windows.

As we researched prices for our list, we found that BDF S4MC Window Film Security and Safety Clear had the lowest price when you look at the overall selection, costing just $0.90 on average across its multiple roll sizes.

This means you’ll get a reasonably low price no matter the size you buy, so you can buy the exact amount you need without paying too much. Even the smaller rolls don’t cost much more than $1 per square foot. Best of all, it’s a 4-mil film that’s thicker than our bulk and small roll value picks, making it a bit more durable than 2-mil competitors.

As with our top pick, this BDF window security film comes with helpful installation tools, so you don’t need to buy extra tools. Similarly, it has lower light transmission levels than other brands, which means it will slightly dim the view through your windows, but not enough to ruin a vista.

Overall, we like that the BDF S4MC doesn’t require a detailed cost-benefit analysis compared to other security window films, making it our pick for the best value.

Hohofilm Clear Safety Protection Window Film proves that the best way to save on security film is buying in bulk, especially if you buy its 60-inch-wide rolls that are 33, 66, and 98 feet long, which cost around $0.34 per square foot on average. It’s perfect for large projects.

Hohofilm’s largest roll (60 inches by 98 feet) is the best value we’ve seen for extreme window security film savings. For a relatively low price of around $136, you get 490 square feet of 2-mil safety film. That’s about $0.27 per square foot, which saves you $54 compared to a similar product from SW.

Because this is a thin 2-mil film, it has good visible light transmission up to 96%, so it won’t affect the view through your windows much. Its UV rejection isn’t as robust as other brands, so the colors on carpet and upholstery in direct sunlight might fade slightly faster.

While the thin film is sufficient to prevent flying glass shards and slow down intruders, it’s not as impact resistant as thicker films.

If not for Hohofilm’s smaller roll sizes (generally costing over $1 per square foot and bumping up this brand’s average cost to approximately $0.93 per square foot), it would be a better value than the BDF S4MC. 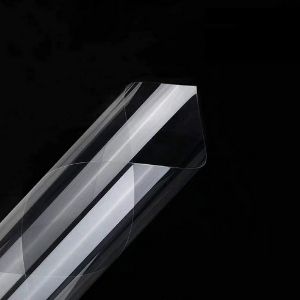 SW Clear Security and Safety Window Film first caught our attention when one of its smaller rolls had lower prices than we expected. In particular, we like that SW’s 17.7-inch by 16.5-foot roll costs just $0.77 per square foot when most similar rolls cost over $1 per square foot (including many of SW’s products).

Because this is a small, relatively narrow roll, it’s not ideal for large projects but is a great option if you need to reinforce a few small windows around the house.

It’s also nice if you want to try out security window film to help protect tabletops. Maybe you have frequent visitors who don’t respect the concept of a coaster? It’s also worth trying before committing to a larger roll or thicker material.

SW security film comes in 25 different sizes, so you can choose the width and length you need for your project. While many larger SW bulk rolls compete well with Hohofilm on price, most of the smaller ones aren’t a good value (aside from the size listed above).

This is a 2-mil security window film, so it’s not as durable as thicker films but can safely contain broken glass to prevent cuts. It also doesn’t come with any installation tools like BDF products. 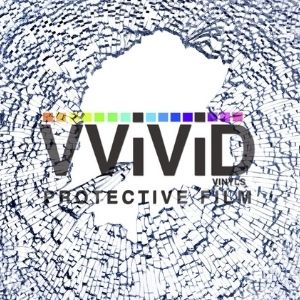 VViViD Security Film is the thickest safety film on our list, clocking in at 12 mils, which gives it strong impact resistance. Essentially, an intruder will rethink their life choices after struggling to break through the film. The thickness is also ideal for preventing windborne debris during a windstorm or earthquake.

Despite its thickness, this safety window film achieves 90% visible light transmission, so it won’t dim your windows as much as BDF products. As you would expect, the price for a stronger film is higher than other thicknesses, but it’s a worthwhile expense for the extra durability.

Still, this safety film doesn’t come with any installation tools, and we read some reviews saying it didn’t adhere as well to windows as BDF. While we like its strength, we still recommend BDF’s 8-mil product over this one.

Gordon Glass is probably the oldest company on this list, with 100 years of experience with glass products. It’s a versatile security film brand with a wide selection of sizes and thicknesses (2 mils, 4 mils, 8 mils, and 12 mils), but we found it much more expensive than any other company.

Its Amazon listings don’t feature more than a single product per page, making it more difficult to find the size you want. Curiously enough, the Gordon Glass website is better for finding sizes and even has lower prices than Amazon.

Kinsolar offers a wide selection of 2-mil roll sizes and is cheaper than SW on average. Despite its low price, the only film thickness we found is 2 mils, so you have more limited options than other brands.

It doesn’t have a dedicated website, so you need to rely on Amazon listings to learn about it. Unfortunately, the Amazon listing doesn’t speak to visible light transmission.

While you’d guess right that there’s not much to say about a sheet of plastic, we think that BDF S8MC Window Film Security and Safety Clear is the best security window film for most folks. Simply put, it’s a strong product for a fairly low price. While its visible light transmission is lower than the competition, not every product can be perfect.

If you don’t think window film is the best choice for your home, consider checking out our review of DIY security systems for another alternative.

Window security film can delay intruders long enough for someone to spot them. A glass window that’s difficult to break can be a strong deterrent because burglars don’t like to stick around longer than necessary. Aside from helping prevent burglaries, window security films also protect against flying shards of glass.

How thick should window security film be?

While all security films improve safety by preventing flying glass shards from causing injuries, thicker films can boost security against burglars. The thicker the film, the longer it takes to break out of the window frame—8- and 12-mil films are the best choice for impact protection.

How much is a mil?

How much does security window film cost?

Here are the average costs of security film based on our research of 200 products from six brands:

How do you apply window security film?

Most window security films use a strong adhesive to stick to your windows with smaller pieces easier to install in general.

What is the difference between security window film and privacy film?

Folks use both types of window film for security, but they work differently:

Security window film physically reinforces glass panes to keep any glass fragments from falling to the floor from a broken window. Some security film also has tinting for added privacy and graffiti protection. These films stick to windows using an adhesive.

Privacy window film changes the appearance of glass surfaces to prevent people from looking inside your home. It usually relies on static cling to stay on a window, though there are options that use an adhesive.

Window tinting is another type of window film that focuses on sun control to help manage temperatures in a building. It's also useful for helping protect furniture and fabrics from fading in direct sunlight. Most window films offer at least some added protection against UV rays and solar heat even without a tint.

What is laminated window glass?

Like security window film, laminated glass is another way to prevent windows from shattering. It puts the film between two glass layers. This type of glass comes specially manufactured from a factory and is most common in car windshields, though you can find it in all kinds of buildings.

*Amazon.com list price as of 09/25/2020 at 10:36 a.m. (MT). Product prices and availability are accurate as of the date/time indicated and are subject to change. Any price and availability information displayed on Amazon at the time of purchase will apply to the purchase of this product. Safewise.com utilizes paid Amazon links. 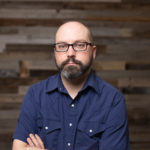 John is a technology journalist with over seven years of experience researching, testing, and reviewing the latest tech. Before joining SafeWise in 2020, John was an editor for Top Ten Reviews specializing in home security and the smart home. Learn more