Going off to college comes with a mixed bag of excitement and nerves. And in 2020, we’ve got the extra worry that comes with the novel coronavirus.

See which college towns are the safest in America 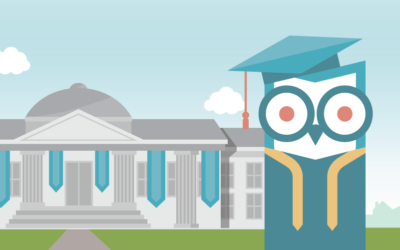 Even though there’s not much we can do to steady the waters during the ever-shifting tides of the pandemic, we can help you find out if your college town boasts a low crime rate.

Here are the 10 safest college towns in America.

How we picked the safest college towns in America

Our rankings are based purely on which college towns reported the fewest violent and property crimes per 1,000 residents.

We use the most recent FBI crime statistics, which include crime and population data that cities reported for 2018. This data isn’t infallible, but it’s the most consistent and comprehensive crime information available.

To be in the running, cities needed to exceed a population of 15,000 residents and be home to an accredited college that offered four-year degrees. We excluded for-profit institutions, technical and vocational schools, schools that offer only two-year degrees, and those with fewer than 2,000 students enrolled annually.

Each measurement was normalized on a 0–1 scale with 1 corresponding to the measurement that would most positively affect the final score. These adjusted measurements were then added together with the weights mentioned above to get a score of 100.

For more information about how we rank cities, read our full methodology.

See which stats and trends caught our eye when we analyzed the safest college towns in America.

Returning to campus during COVID-19

On top of the usual back-to-school stress that parents and students feel every fall, this year comes with added concerns about the global pandemic.

We were happy to find that every institution in the safest college towns is doing what it can to assure a safe return to campus for students, faculty, staff, and their families.

Here are some notable things we discovered:

Despite efforts to ensure a safe return to campus, colleges across the nation quickly became hotspots for new cases of COVID-19.

Data from USA Today reports that 76% of the 25 biggest outbreaks in the US are in college towns. That’s 19 hotspots in college towns overrun by both infections and college students this fall.

Clearly, hopes and expectations around resuming studies this fall have been dashed by the reality of a pandemic that continues to rage across the nation and world.

To see how the universities in towns that made our list are doing, check out coronavirus updates for our top 10 safest college towns.

NOTE: Crime rates are per 1,000 people. Tuition is based on in-state undergraduate tuition; cities with multiple colleges use the average. Fall 2020 plans are based on the primary approach of the colleges in each ranked city as of 08/10/20.

Milton tops our list this year, thanks to reporting just 12 violent crimes and 60 property crimes in its most recent report to the FBI. Our top safest college town also ranked as the fourth safest city in Massachusetts this year and the 10th safest city in America.

These college towns sure are smart when it comes to safety. A lot of the cities on this list also landed on our 100 Safest Cities in America list.

Milton is home to Curry College, which is planning a return to in-person classes for fall 2020. The college will also be offering online and hybrid instruction.

To address COVID-19, the college is complying with public health and state guidance about social distancing for residence halls and in-person classes.

Rexburg climbed one spot this year, reporting five total violent crimes and 135 property crimes. Rexburg also tops our list of the safest cities in Idaho for 2020, and landed as the 39th safest city in America.

Brigham Young University-Idaho calls this little Idaho town home and is offering both in-person and online options for students this fall.

BYU-Idaho is following statewide public health guidance for the novel coronavirus. The campus also added extra precautions like requiring masks for all students, employees, and visitors.

BYU-Idaho had 40 students test positive going into Labor Day weekend. A mask order for the county went into effect this morning, but officials stated that positive cases on campus were not the driving factor in the decision.

It’s no surprise that Madison is also number 32 on our latest ranking of the 50 safest cities in New Jersey. This college town reported fewer than 80 total crimes in 2018—three were violent offenses, and 76 were property crimes.

Fairleigh Dickinson University is welcoming students back this fall for remote, hybrid and in-person classes. The first three weeks of the semester will be online, with face-to-face classes starting on September 8.

The city saw a dozen violent crimes in 2018 (the same as reported in 2017), and the property crime rate dipped year over year. The total number of property crimes reported was 124.

Both Wellesley College and Babson College are offering students on-campus and remote learning options in the wake of COVID-19.

Wellesley College tested 400 students for the novel coronavirus during the first week on on-campus activities. They found only one positive case.

There were fewer than 100 total crimes reported in Bristol, with 10 violent crime incidents and 89 property crime offenses.

Roger Williams University is preparing for in-person classes this fall. As part of the “Reopening Roger” plan, the university is looking into rapid testing on campus and discounts for student COVID-19 tests.

Roger Williams University has had five positive cases of COVID-19 since classes began.

Home to the main campus of the University of New Hampshire, Durham climbed four spots in our ranking this year.

There were only 11 violent crimes reported by Durham law enforcement and just 53 property crimes.

UNH will bring students back onto campus this fall for in-person classes and residential housing. Pre-arrival coronavirus testing and ongoing weekly testing are in full swing for returning staff, faculty, and students.

The University of New Hampshire in Durham has seen spikes in cases traced to parties at fraternities and sororities on campus. The Theta Chi fraternity was suspended after 11 students tested positive after a party.

Lisle is new to our list this year, but this college town also ranked as one of our safest cities in Illinois for 2020.

The campus is instituting social distancing, increased cleaning measures, and mask requirements to help keep students safe as they return for in-person classes this fall.

Moraga debuts as one of the safest college towns in the US thanks to low crime numbers reported to the FBI. In 2018, there were only 12 violent crimes and 94 property crimes reported.

This city is home to Saint Mary’s College of California, where hybrid instruction will be offered for the fall semester. A mix of face-to-face, online, and hybrid courses will be available in an effort to keep all members of the college community safe.

This Ivy League college town dropped eight spaces this year but managed to stay in the top 10.

Property crime numbers are the biggest contributor to the city’s lower ranking, with 224 reported in 2018—that’s the most total property crimes reported among the top 10 safest college towns.

Princeton also landed at number 70 on our safest cities in New Jersey report this year.

The city’s eponymous university is doubling down on safety this fall, keeping all undergraduate instruction online as the global pandemic continues. This decision factors in statewide coronavirus trends and public health guidance.

Princeton University had four teachers test positive for the novel coronavirus during the first week of asymptomatic testing on campus. That represents a positivity rate of just 0.09%.

Berea fell five spots to round out the top 10 safest college towns. It also ranked as the 20th safest city in Ohio this year.

At Baldwin Wallace University, plans for a safe in-person fall semester are underway. Students will follow best practices for minimizing the spread of COVID-19 and attend classes in face-to-face and synchronous remote formats.

Berea didn’t see any immediate spikes in COVID-19 cases after students returned to campus at Baldwin Wallace University. Of more than 1,000 tests the campus performs each week, less than 1% have come back positive.

The rest of the top 50 safest college towns

We calculated crime rates for every college city in the country that met our criteria. See which cities round out the top 50 safest college towns in America.

The 10 “most dangerous” college towns in America

These are the 10 college towns that landed at the bottom of our ranking. These cities reported the most crimes among the 456 American cities that qualified for our ranking.

Memphis and Detroit also ranked among the most dangerous metro areas in the country for 2020.

Whether you live on campus or rent in town, it’s always smart to add extra security measures.

We’ve got security solutions that fit your hectic college lifestyle.

And if you’re worried about leaving your parents at home on their own, check out our picks for Best Home Security Systems.

Rebecca is the lead safety reporter and in-house expert for SafeWise.com. She has been a journalist and blogger for over 25 years, with a focus on home and community safety for the past six. Rebecca spends dozens of hours every month testing and evaluating security products and strategies. Her safety expertise is sought after by publications, broadcast journalists, non-profit organizations, podcasts, and more. You can find her work and contributions in places like TechCrunch, The Washington Post, The Chicago Tribune, HGTV, MSN, and an ever-growing library of radio and TV clips. Learn more