It looks like this item has been discontinued. Check out our list of top video doorbell cameras.

Around 3:00 a.m. one morning, someone began pounding on my door. A visitor at that time was unusual, but when you live more than an hour from any major city, it’s even more unusual. Answering the door in the middle of the night on a dark country road sounds like the start of a horror film, but a device like the August Doorbell would have made it easier to check the identity of the visitor—in this case, an extraordinarily confused traveler.

This article takes a more in-depth look at the doorbell, its features, and how you can best integrate it with your overall home automation system. 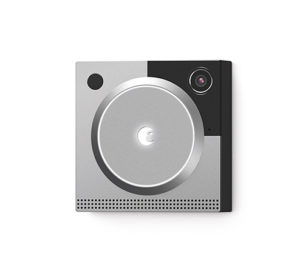 This useful feature delves into a little-thought-of side of home security. Many would-be burglars will ring the doorbell before attempting entry into a home to ensure no one is there. If you answer the doorbell from your phone, you can trick someone into thinking you’re home even when you aren’t.

You can also access the livestream whether you receive an alert or not. This lets you check in on what’s happening around your home at any point during the day.

The August Doorbell isn’t the easiest device to install, but it’s also not overly difficult. The doorbell works with existing doorbell wires and requires a house current of 16–24 volts. You have to have a mechanical chime in order for the doorbell to work; a hammer-and-bell setup or a digital doorbell chime is not compatible.

You will also need a drill, hammer, and screwdriver to fully install the August Smart Doorbell. The package comes with everything else you need to get the doorbell up and running quickly. You’ll need three inches of clearance for the doorbell to fit properly.

If your home doesn’t have an existing doorbell, you can have one installed for between $100 and $200. Although the wires that power the doorbell are low voltage, they run off the higher voltage lines in your home, so we recommend you hire a certified electrician to do the installation.

August recommends the Wi-Fi router be within 10 to 15 feet of the doorbell. If your router is farther away than this, you might need a Wi-Fi extender.

Knock, knock. Who's there?

See how the August doorbell camera compare with the Ring Video Doorbell and the other top video doorbells for 2020.

The August Smart Doorbell costs roughly $200, but if you plan to connect a variety of August devices together, you can save money. The Smart Doorbell eliminates the need for you to purchase an August Connect—a $79 value.

The August Smart Doorbell comes with a 30-day free subscription to August Video Recording, which provides you with a 30-day video history of what your doorbell sees. After this trial ends, the cost increases to $4.99 per month or $49.99 for an annual plan.

August boasts that it has more integrations than any other smart device company. At present, the August works with the following platforms:

And these aren’t the only ones—just the most popular. So what can you do with all of these integrations? Here are a few examples.

Imagine you have a guest coming over. They arrive earlier than expected, but you’re in the middle of cooking dinner and can’t leave the kitchen. The doorbell chimes, so you use your phone to say hello and tell them to come inside, then you tell Alexa to unlock your front door.

Or maybe someone rings the doorbell when you’re not home. You can set up the doorbell so that ringing it causes a light in the front room to come on when you answer the ring, providing the illusion that you’re at home even if you aren’t. You can also have a camera begin recording if your security cameras are not motion activated.

Have you ever gone to bed and wondered if you locked the front door? Just use Google Home and ask if the door is locked. If it isn’t, you can tell the door to lock without ever getting out of the comfort of your sheets.

The August Smart Doorbell is a powerful doorbell and a great addition to a smart home. That said, it’s currently outpaced by some of the competition. When its price drops (or if you can catch it on sale), it will be a great purchase for those on a budget, but at present there are higher-resolution doorbells for the same price. However, those doorbells don’t have the same integration options that August does.

Take the time to decide for yourself if this doorbell is right for you. Keep in mind the additional costs of wiring a doorbell if you don’t already have a mechanical one in place. If your home uses a bevy of different smart devices and you want a unit that can work with most anything on the market, the August Smart Doorbell is a great choice.

If you're wondering what other video doorbells are on the market, read our guide to smart doorbells.