A smart doorbell camera lets you screen your visitors and answer the door when you aren’t home. 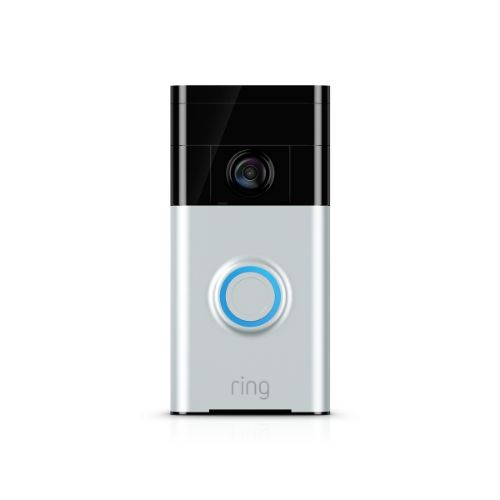 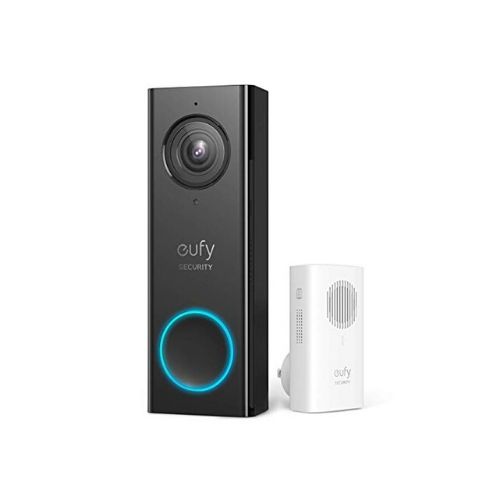 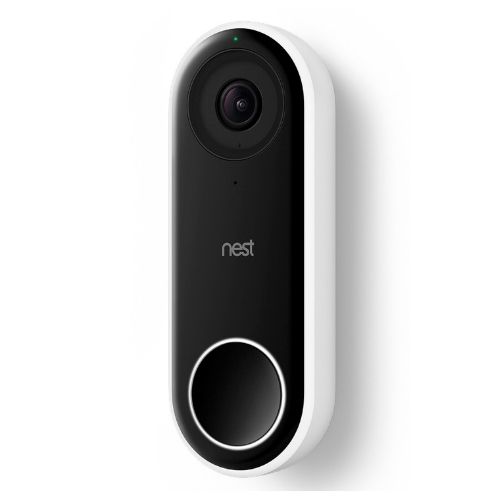 Bottom Line: Put a Ring on It

Swapping your trusty old doorbell for a new one may sound intimidating, but you don’t need to make a lifelong commitment to enjoy this Ring.

There’s no contract or monitoring fee to get the Ring doorbell camera up and running. It sends clear HD video straight to your phone whenever a visitor stops by. And best of all, you don’t need to have an existing doorbell to install one in your house. 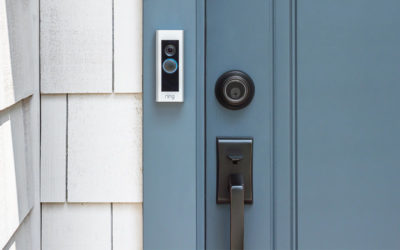 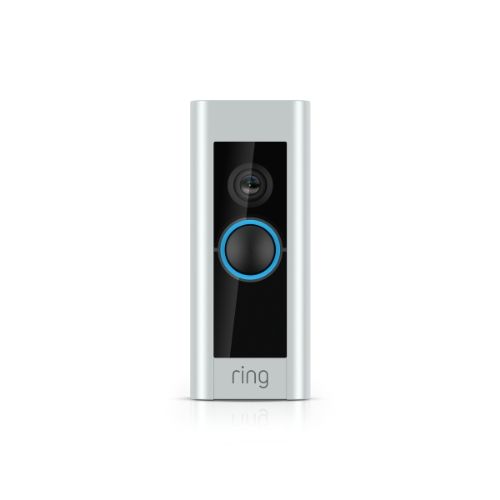 At $99, you won’t need two month’s salary for this Ring. This doorbell cam is budget conscious and environmentally friendly. You can power your new smart doorbell camera with existing AC doorbell wiring, a backup battery, or even a solar charger (for a little extra).

We also like Ring’s theft protection feature for the security camera itself. While wireless doorbell cameras can deter porch pirates, there’s no guarantee against thieves. In the event your Ring camera is stolen, Ring will replace it for free.

If you want a better picture or more options, take a deep dive into the family of Ring doorbell cameras for a closer look.

If privacy is a concern for you and your family, the Eufy smart doorbell is worth a look.

The Eufy Video Doorbell is the only smart video doorbell on our list that doesn’t send footage over the web. Its 4 GB of local storage gives you access to 30 days of footage without a subscription or broadcasting a feed on the internet.

Local storage keeps your live video private and hidden from prying eyes. This feature is notable because internet-connected security cameras like Ring and Nest have come under fire for privacy concerns.

Other doorbell cams require a monthly fee to keep a record of your videos.
Cameras with a Wi-Fi connection are still safe, but they require a few more precautions like stronger passwords and two-factor authentication.

The Eufy doorbell’s people recognition feature distinguishes visitors from passing objects to minimize false alarms. Nest has the same feature but requires a subscription to access it. But even AI makes mistakes sometimes, like one user whose doorbell mistook a tree for a visitor.

The Nest Hello doorbell camera delivers curb appeal and game-changing features to your doorstep (for a price). The catch is that you need a Nest Aware subscription to get the best of Nest.

Without a monthly subscription, you can still capture 160° of footage for up to three hours. This means you can view your entire front porch real time from your phone and watch the last few hours in case you missed something live.

The basic Nest Aware subscription delivers up to five days of recorded history, person alerts, activity zones for the camera’s motion sensor to focus on, and the ability to watch clips and time-lapses of your front porch. These are the features that make the Google Nest Hello worth its price.

The best paid feature is the Nest doorbell’s facial recognition. You can label and name visitors in the smartphone app, so the Nest can learn to tell you the dogwalker’s at your door or Grandma’s here for a visit.

Check out our full review of Nest Hello to get more details on this smart doorbell camera.

The Nest Aware subscription will be changing in 2020. We will update this review as changes are announced. 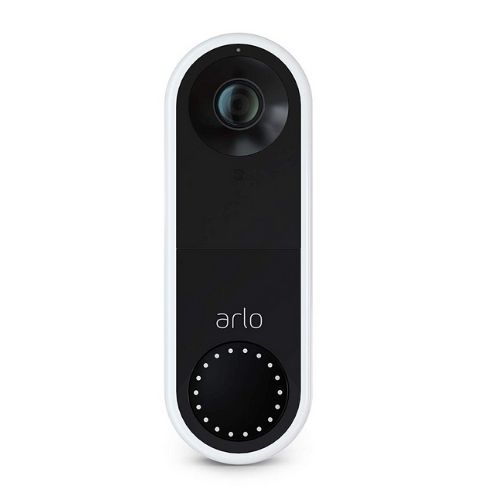 We already have a lot of good things to say about Arlo cameras. So we’re excited to see the company now has a video doorbell cam.

The Arlo Video Doorbell produces clear, full images of visitors from head to toe thanks to the 12x digital zoom, 180° field of view, and 1:1 aspect ratio. And like many other video doorbells, Arlo offers extra features with a subscription.

The extra that stood out the most is e911—a feature that connects you directly to first responders in case of an emergency. When you use this feature, first responders head to your home instead of your phone’s location. If something happens while you’re out of town, your home is in good hands.

We’ve yet to see this feature in other doorbell cameras, so if you want a device with sharp emergency responsiveness, Arlo is definitely worth a look.

When someone rings the Arlo wireless doorbell camera, you’ll speak with visitors through a phone call instead of the mobile app. We found this odd, because you can still use the app to monitor your front door.

But despite its quirks, the Arlo smart doorbell camera still impresses. Its paid subscription offers the standard paid extras like specialized motion detection alerts and the ability to set activity zones when the motion sensors pick up movement.

If you already have an Arlo camera, the Arlo Audio Doorbell can connect to it. 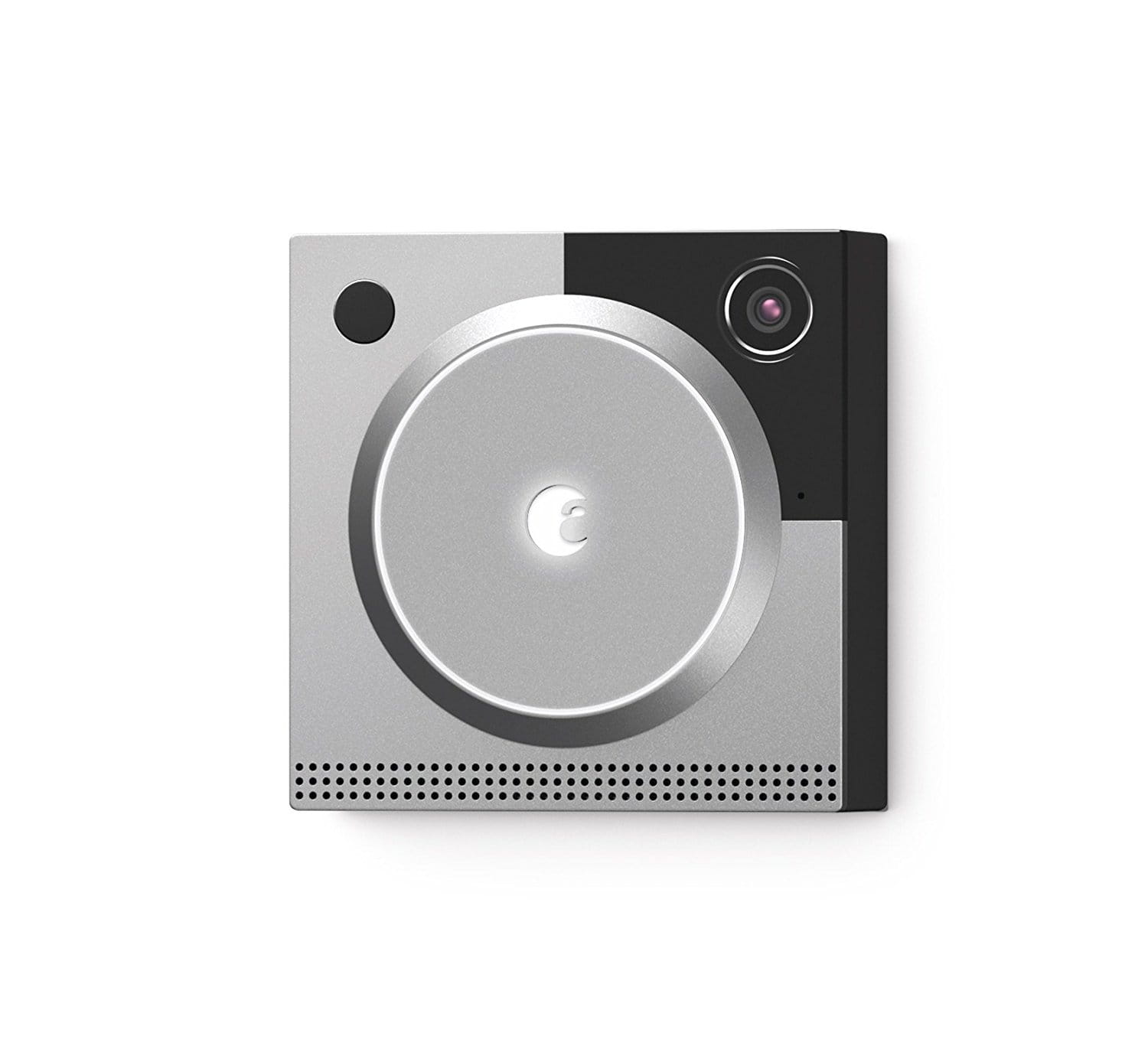 The August Doorbell Cam Pro proves it’s hip to be square. Its unique design can fit small spaces like the spot between your front door and mailbox. Like other smart doorbell cameras, it sends a live HD video feed to your phone via the August app.

It also has two-way audio that lets you speak to visitors on the other side. The August’s HD color night vision and 24-hours of free video recording also sweeten the deal.

But its field of view is only 120° and it doesn’t have custom motion zones (only adjustable motion sensitivity).

If you already have a security system, you might be able to get a doorbell camera through your provider. SimpliSafe, Vivint, ADT, and Frontpoint all have quality doorbell cams compatible with the brands’ equipment.

What to Consider Before You Buy

Doorbell cameras have many different uses, but the right one for you may change based on your needs.

Want to watch for porch pirates stealing your packages? Wireless doorbell cameras send push notifications when they detect motion, especially those that distinguish people from objects or animals. Custom motion detection zones keep focus on a designated area to reduce false alarms or give neighbors privacy.

Want to see who’s at the door without getting up? Doorbell cameras with clear two-way audio, HD live video, and night vision should do the trick. Whether your neighbor or mail carrier presses the doorbell, you’ll be able to tell the difference.

Whether through a paid subscription or local storage, most doorbell cameras allow access to your past footage. Having a record of your visitors can help you identify any suspicious characters who stop by.

Video recordings of an incident boost your chances of finding the suspects who stole packages, vandalized your home, or attempted to break in.
Doorbell cameras can record as little as three hours to as much as thirty days. The amount of memory you need for that footage depends on how often you check your doorbell app.

Before deciding on a wireless doorbell camera, check out your current doorbell setup. You’ll need to know the voltage and whether you have a wired doorbell or not.

If you don’t already have a doorbell, you’ll need to look for a battery-powered model. They aren’t as common, but products like Ring have two power options that work with wires or batteries.

What camera quality should a video doorbell have?

Video doorbells have been around long enough to include HD video. Look for a doorbell camera with at least a resolution of 720p and a 120° field of vision.

Two-way audio is a standard feature in doorbell cameras, because it’s crucial. This feature allows you to have a conversation with visitors on your doorstep whether you’re home or not.

Noise cancellation is also a helpful feature to look for because it boosts the audio quality and makes it easier to understand what the other person is saying.

What field of view is best for a video doorbell?

The typical field of vision for humans is around 100° laterally.1 If you want a camera that shows your doorstep the way you see it, look for a field of view with at least 120°.

The Ring, Eufy, and Nest Hello doorbell cameras all have a field of view of 160° and up.

These Are the Top 10 Major Metros for Package Theft

In a world where people shop online more than ever before, it’s unsettling to know that porch pirates struck nearly 26 million Americans in 2017.2

Last year, the globe saw a whopping 87 billion packages and parcels shipped.3 That’s a lot of booty for porch pirates to go after—but where you live can make a difference.

Some cities run rampant with package theft, while others enjoy worry-free package delivery. Find out if your town is a porch pirate favorite or a place they tend to sail past.

If you live in one of these metro areas, you’re at higher risk for package theft. To identify the metros where porch pirates plunder the most, we analyzed larceny-theft rates and Google Trends data.

A Closer Look at Porch Pirates and Package Plundering

How to Prevent Porch Theft

A video doorbell is a good first step. Here are some other tools and best practices to protect your purchases and make those porch pirates walk the plank.

What to Do If Your Package Is Stolen

Precautions are a must, but sometimes packages get purloined anyway. If you’re a victim of package theft, here are some things you can do to minimize the damage.

How We Identified the Metros with the Most Package Theft

To see where porch pirates run rampant, we analyzed 2018 FBI larceny* data in metro areas across the US.⁴ Then we compared it to Google Trends data in those areas with the highest search for “missing package” and “stolen package.” We then compared average search interest over the past 12 months to search interest during the holiday season (November 1–January 5) to find the metro areas that are most vulnerable to package theft during the holidays.

*Larceny includes theft of bikes, cars and car accessories, shoplifting, pocket-picking, and any property that is stolen but not taken by force and violence, or by fraud.

How We Picked the Best Video Doorbell Cameras

To find out which smart doorbells are best, we compared features, price, reputation, reliability, and customer satisfaction. We pored over technical specs and thousands of customer reviews. After we narrowed it down to the best of the best, we pitted them against one another—looking for video resolution, response time, customization options, ease of installation, and any extra costs required. We also spoke with customers who own these cameras.

Finally, we put our five favorite smart doorbells in order and broke down all the details to help you make the right purchase. Learn more about how we reviewed smart video doorbells and other products in our full methodology.

*Amazon.com list price as of 02/07/20 11:49 pm MST. Product prices and availability are accurate as of the date/time indicated and are subject to change. Any price and availability information displayed on Amazon at the time of purchase will apply to the purchase of this product. Safewise.com utilizes paid Amazon links. 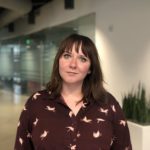