The Most Common Places That Fires Occur in the Home

Of all fires reported in the U.S. every year, 31 percent happen in residential homes. That’s due to a number of factors: negligence, open flames, cooking, and more. A key to preventing fire is understanding common causes. SafeWise experts looked into where fires normally start and what sparks them, so you can better understand how to safeguard your home.

House fires have a pattern—they start in some places more than others. Based on research from fires that occurred between 2009 and 2013, here are the most common places fires begin:

Half of all house fires start in the kitchen. That’s no surprise since it’s where you do the most cooking and house many appliances. This is an easy place to prevent fires since they’re normally man-made. Just keep an eye on the oven, combustible items away from the stove, and you’ll already be safer.

About 7% of all house fires start in the bedroom. The amount of plush objects in bedrooms has something to do with it. Mattresses for one, can be very flammable unless they’re new. If you have a mattress that was made before 2007, it probably doesn’t abide by the Federal Mattress Flammability Standard. All mattresses made after 2007 are flame retardant and held to a higher safety standard. Do yourself a favor and go buy one!

Like everything else, chimneys need to be cleaned. We suspect 6 percent of all house fires happen in chimneys because people neglect to have them serviced. Every time you have a fire, sap and ash from whatever you’re burning coats the inside of your chimney. Determine if your chimney needs to be cleaned by doing a scape test. Open the flue, put on protective glasses, and get a flashlight. Then, shine a light up the chimney and scrape the inside with something sharp. If the residue is 1/8 inches thick, schedule a cleaning. If residue is closer to 1/4 inch, don’t have another fire until your chimney is professionally cleaned.

Living rooms or family rooms often contain candles, fireplaces, electronics, and heating equipment. They also contain couches and other flammable items. Since 4 percent of house fires start in living rooms, we can assume these factors have something to do with it.

Laundry rooms are where 3 percent of all house fires begin. Dryer lint is a main cause of laundry room fire. If you don’t clean vents and filters regularly, the heat could cause lint to catch fire. Try not to run the washer or dryer when you’re not home in case something gets overheated and you need to act.

House fires start outside 3% of the time. This is where people keep grills, smoke, have bonfires, and light off fireworks. Just know that if you have a fire outside, it could catch onto your home if you’re not careful.

Attics aren’t always accessible, so you might not know what’s going on up there. Whether it’s a crawl space or a walk-up, make sure to hire someone or check it out yourself. Not everything in homes are done to code (if people choose the DIY route), so you might find dangerous wiring that needs fixing.

Now that you know where fires most commonly start, find out what causes them.

House fires happen most during dinner hours—between 5:00 and 8:00 p.m. That’s because people are cooking. If you’re preparing dinner, here’s what you should remember:

Almost 13% of all residential fires are caused by heating equipment. You can prevent heating equipment from catching fire by inspecting and cleaning woodstoves and chimneys, using a fireplace screen, and having your hot water heater and furnace serviced regularly. Space heaters can also cause fires if left too close to walls, drapes, and bedding. If you have a space heater, give it some room.

Electrical equipment causes over 6 percent of house fires. Look for frayed wires, surge marks in wire, and damaged cords. If you see any exposed wires, unplug the electronic and replace it immediately. Also, keep all cords away from furniture and rugs. Running cords under rugs is dangerous.

Mistakes happen. For house fires, negligence causes 5.8 percent of blazes. Carelessness includes not putting our cigarettes, leaving candles burning, putting heating equipment near combustible items, and more. Fire is dangerous. Never treat anything hot or on fire with anything but the utmost care.

Candles, fires in the fireplace, and outdoor bonfires are enjoyable when controlled, but disastrous when they’re not. About 4 percent of all house fires start from an open flame. You can prevent fires by always putting out flames completely, never having a bonfire on a windy day, and keeping flames away from flammable objects.

Appliances cause about 4 percent of house fires. You can decrease the chances of something malfunctioning and catching on fire by making sure it’s approved by the Underwriters Laboratories (UL). The UL has high safety standards, so you’ll know the appliance is well made.
Another way to keep appliances functioning properly is to never plug them into an extension cord or two-slot outlet. You should unplug everything when you’re away on vacation too, just in case.

Arson is a felony and can result in up to 20 years (unless deemed a misdemeanor). Alas, people still do it. Out of all house fires, 4.2 percent are intentionally set.

About 2 percent of fires are caused by cigarettes. One way you can prevent fires from cigarettes is to stop smoking them! Another is to do so outdoors and put your spent cigarette butts into water.

Wildfires and those caused by lightning are unavoidable. Don’t worry though. Natural causes only account for 1.6 percent of all house fires.

Aside from top fire starters, here are some others to consider:

House fires claim a life every seven seconds. To protect yourself, home, and family, be aware of where fires are most common. After cooking, turn off all appliances. Blow out candles and completely extinguish bonfires before going to bed. Have your chimney cleaned often. Equipping yourself with smoke detectors and fire extinguishers  can help control blazes. Having a fire escape plan can also save lives. If you follow these rules and keep fire safety top-of-mind, you’ll have better chances of preventing fire. 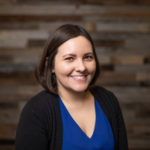