How Do GPS Trackers Work?

GPS, or Global Positioning System, uses satellites to determine the location of a GPS receiver anywhere on Earth. GPS satellites transmit data to a receiver such as your smartphone, a GPS tracker, or a GPS navigation system.

We’ll briefly explain the science behind GPS, how GPS trackers work, and their pros and cons. We’ll also point out the different types of GPS trackers and how to put them to good use. 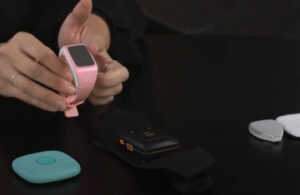 What is GPS and how does it work?

The data at the heart of a GPS signal is time—specifically, the exact time the signal left the satellite. The receiver then logs the exact time it gets the signal, and the time difference is computed to a distance.

The receiver’s location can be estimated with 95% accuracy after measuring its distance to at least four satellites.

(If you’re looking for a more technical explanation, we recommend reading The Mathematics of GPS Receivers.)

GPS equivalents around the world

Originally developed for military purposes during the Cold War, the phrase GPS refers only to 31 satellites operated by the US. A few other countries or entities have their own versions of GPS—collectively called Global Navigation Satellite Systems (GNSS).

Russia, China, India, Japan, and the European Union are the only other countries/entities with their own GNSS—undoubtedly because it costs a lot of money to send satellites into space. Each country has its own acronym or nickname for its satellite constellation:1

You don’t have to stay in the US to use GPS-enabled devices—GPS offers worldwide coverage, as do GLONASS, BeiDou, and Galileo.

But that doesn’t mean every single GPS-enabled device works abroad. If the device uses “assisted GPS” technology, it also uses a SIM card to connect to cellular networks—and those aren’t global. 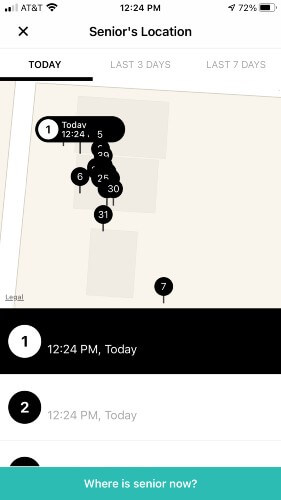 A device with assisted GPS or A-GPS relies on more than just satellite signals to figure out your coordinates. Cell towers and Wi-Fi networks also send signals to your device that can be used to triangulate your location.

The device then averages the data from all three sources to give a more accurate location analysis.

Why is assisted GPS necessary?

A-GPS is especially helpful when there’s no direct line of sight between your device and the satellites 12,500 miles away. Anything from trees to walls can get in the way of satellite signals and make them less accurate. Wi-Fi and cell signals fill in the gaps.

But relying on Wi-Fi or cellular signals alone also has some disadvantages, especially in terms of infrastructure. Many parts of the US still lack cell towers, and Wi-Fi positioning’s useless if there are no Wi-Fi networks nearby.

What about Bluetooth tracking?

You can also link two devices via Bluetooth and use one to find the other, but their range is limited to just a few hundred feet. Apple AirTag and Tile Mate are Bluetooth trackers.

You’re probably familiar with using GPS to navigate a strange area, like when Siri tells you how to get to your hotel. But GPS trackers are becoming more and more common for keeping an eye on family members, pets, vehicles, and belongings.

These trackers send signals to a smartphone app or web-based dashboard at specific times. The moment you get those location alerts depends on the device:

The tracker’s current location (and, if the device allows it, location history) is then shown on a map within the smartphone application.

A geofence is a virtual fence. The fence’s boundaries are set on the GPS tracker’s smartphone app. When the GPS tracker crosses the geofence, the app sends you a text or push notification.

For example, if your kids wear GPS-enabled smartwatches, you might set up a geofence or “safe zone” around the cul-de-sac where they’re allowed to play. If they start to wander away, you’ll get a notification and can check on the situation.

Geofencing is also used for smart home automations. For example, you might set up a geofence around your home and have your outdoor lights turn on when your GPS-enabled device (a smartphone, in most cases) enters the area.

Types of GPS trackers and their benefits

One of the great things about GPS trackers is they encourage independence in people who might feel vulnerable without a safety net. They also help us find lost items and keep tabs on loved ones without hovering.

Here are some of the main types of GPS trackers and how they’re commonly used:

You can also use GPS trackers to keep tabs on any kind of item you fear might get lost. For example, pop a GPS tracker inside your luggage just in case the airline loses it. These trackers don’t need any extra features—basic GPS functionality will do.

As with all kinds of technology, there are some risks and disadvantages associated with GPS trackers.

1.   You could be tracked without your knowledge

It’s all too easy for someone to place a magnetized GPS tracker under your car or slip a tiny Apple AirTag into your purse with the intention of following you from afar.

And that’s not just a theoretical problem—Apple had to create an alarm system for its AirTags to let people know when these trackers were nearby.2  Then some people learned how to remove those alarms to continue tracking others without their knowledge.3

While it’s unclear how to combat silent AirTags, we recommend learning what to do if you think you’re being followed.

2. Location data could be viewed or shared

If you aren’t cautious about using strong passwords, two-factor authentication, and private Wi-Fi networks, it’s possible someone could hack into the companion app to view location data.

While this is rare and not unique to GPS tracker apps, it’s a possibility. You can combat it by beefing up your device security:

Make sure you also read the company’s privacy policy before you purchase a device or download an app so you understand how your location data is kept private.

3. You probably have to pay for a subscription

Another downside is that you often have to pay a monthly fee to use GPS tracker apps.

The subscriptions cost around $10 to $40 a month, depending on the company you choose and how many other features are included in the device.

Inaccuracy is the biggest risk associated with a GPS tracker. Sometimes it’s obvious that the tracker’s glitching—like when your kid is supposedly 3,000 miles away when you just dropped them off at school.

Other times, a tracker’s inaccuracy could cause some parental panic—like when it shows your child is at the subway station instead of at their friend’s house. Make sure you do some detective work before you believe an odd GPS location.

Here are some common reasons why GPS trackers don’t work:4

Even in the best conditions, GPS readings are typically off by an average of 16 feet.5

We think GPS trackers are worth it despite their disadvantages. Still, it’s smart to not rely on GPS trackers to the point where you take basic safety precautions for granted.