We tried the Relay kids’ GPS to see how it worked at home and on the go.

The Bottom Line: The Relay is a Simple and Affordable Cell Phone Alternative

Being able to reach my child when I need to is huge for my peace of mind. Relay makes that peace of mind affordable and without additional unhealthy technology baggage.

The GPS tracking still leaves a lot to be desired, and there are certainly aspects to communicating with the Relay that are a little clunky. But based on what I’ve seen so far, I’m confident that Relay is listening to its customers and will continue to improve its service.

I have two girls who are always on the go, but still years away from being responsible enough for their own cell phones. The Relay is going to be my go-to option for bridging the gap.

How the Relay Stacks Up

I have four kids. Once my two teens got involved in after-school activities, I bit the bullet and bought them phones to keep up with them.

But along with those phones came the necessary evils of text messages, access to mindless games,YouTube, and the never-ending pleas for social media accounts. Needless to say, I’m anxious about opening a similar can of worms for my younger two.

The Relay is a cell phone alternative that both parents and kids can appreciate.

It uses a combination of cellular networks and Wi-Fi calling, so it works everywhere, just like a cell phone. No internet access means it’s safer than a phone, and the Relay is simple enough that even my 6-year-old can use it.

Still, with all the simplicity of the Relay, our testing showed that it’s vulnerable to connectivity issues and the occasional technical hiccup. The GPS isn’t perfect, and accessing its fun features can be challenging at times.

Still, if I had to choose between a smartphone and the Relay for my kids, the Relay would win hands down.

Plans are as simple as the Relay device itself: no contracts, and only one basic plan option of $10 a month for Republic Wireless cell service.

Relay also offers a one-year warranty against defects, and a SIM card is included with the phone.

My only complaint with the Relay “package” is that unlike other GPS wearables for kids, accessories like a protective case, carabiner clip, or lanyard have to be purchased separately (around $15 on Amazon). My girls’ clothes rarely have pockets, so this was a drawback for me.

Relay plugged in and charging

When I unboxed the Relay, I was impressed by the device’s smooth, sturdy shell. It might be designed for kids, but it definitely feels like a high-end electronic device.

At about only 2.5 inches square, I liked that it’s small enough to fit in a pocket (even if my girls don’t have any).

It’s available in five different colors and it comes with fun decals your kids can use to personalize it. It also has a headphone jack to keep conversations more private, or for listening to music.

The battery life was dependent on how much we used the device. It would stay charged for only about ten hours when we were using it frequently, but a brief charge got it up and running again quickly.

The magnetic charging dock for the Relay made it easy for my kids to plug it in to charge, and it reached full charge in under three hours. There’s a glowing circle around the center button that changes color based on what you’re doing with your Relay.

The Relay setup didn’t go as smoothly as I’d hoped. When I clicked companion app’s help link, I was met with the message, “Typically replies in a few hours.” Rather than a quick power cycle resolved the problem.

What’s in the Relay box: The Relay device, charging cable, instructions, and stickers

Kids can press and hold the large button on the Relay device to talk to their parent’s phone using the Relay app. The device also has a power button, volume button, and headphone jack.

The USB charging cord comes with an adapter plug and a magnetic port to make it easier for kids to connect it to the Relay device correctly.

The Relay and its app both work just like walkie-talkies, but it took some practice to master the buttons. The speaker phone audio is slightly garbled, which is a drawback because, let’s face it—kids can be hard to understand anyway. With walkie-talkie style communication you also have to be careful to not talk while the other person is talking.

On my app I’d get an alert to let me know someone else was talking, and the Relay would turn red and say, “Another member of the group is talking.”

Communicating with the Relay worked well for us about 90% of the time, but there were a few times when it just failed to connect. When that happened, I would get a noise on my phone that sounded like I’d just gotten a question wrong on a game show. It didn’t happen often, and it usually just took another try or two to connect, but it did make me anxious to not be able to reach my child.

The small control buttons on the Relay’s side

The Relay app for my phone was intuitive and easy to use.

The app lets you check the battery status of the Relay, use GPS tracking to locate the device, and add and manage the private channels your child has access to.

Overall, the app tended to lag behind the device itself, especially when it came to updating the Relay’s battery status and GPS location, but refreshing the app typically fixed the problem. For real-time location tracking, you’re better off just sending a Relay message to your kid asking them where they are.

I thought the Relay might being boring compared to a phone, but it has some fun features that help in that department. In addition to the Relay (talk) channel, the device also has other channels you can add like you would add apps to a phone, like Daily Joke, Echo, Music, and Translate.

Pressing the power button switches the Relay to another channel. If your child switches out of the Relay channel to a different channel, when you try to talk to them, the device will automatically switch back over to the talk channel so your message will come through.

The Music channel was another hit with my girls, but you have to use the included USB cord and download your own music files. Kids can switch songs and put music in shuffle mode by pressing the large button on the Relay in different patterns.

My girls' favorite channel was Daily Joke, with truly cheesy jokes like "What does an eagle like to write with? A bald point pen."

Messages won’t come through automatically unless you have your Relay app open. Your child has to press and hold the volume button to send a push notification to your phone that lets you know they’re trying to reach you.

This is a nice feature that Relay only recently added, but the volume button on the Relay is tiny and hard hold. My girls did it, but it definitely took some effort, and often they’d forget to do it before they started talking.

When that happened, I’d just get a push notification on my phone that they were talking and I should open the Relay app.

During the few weeks we tested it, I noticed that Relay was constantly adding new information and updates, including added functionality to the Relay and additional Relay channels. Soon there will be an SOS alert feature, geofencing, and the ability to leave voice mail messages.

It’s clear that this is a company that’s making updates to better meet its customers’ needs.

How We Evaluated the Relay

During our testing period, we used the Relay like we would use a regular cell phone. We communicated while the girls were at friends’ homes, at the park, and at home with a babysitter while I was out. It got dropped and splashed and temporarily misplaced, but it held up well to everything our family threw at it. Our methodology has more info about how we review products like the Relay. 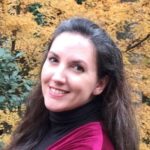