Survey: Has Home Security Tech and Social Media Turned Us into Nosy Neighbors? 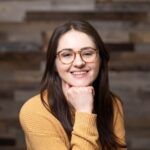 By Andrea Harvey
Researcher & Writer
Share Article
SafeWise is an independent review site. We may earn money when you click links on our site. Learn more.

Maybe you’ve seen them in the movies. Maybe you’ve had one of your own. We all know what it looks like—the neighbor who won’t mind their own business. But nowadays, nosy neighbors are not only more difficult to spot but also more challenging to define.

After conducting a survey of more than 1,000 Americans, SafeWise determined that technology is part of the problem. A surprising number of survey participants admitted using technology to spy, eavesdrop, or get involved in neighborhood conflicts. A majority of those same people, however, also said that technology has made them less nosy.

According to our survey, approximately 41% of Americans use the neighborhood-focused social media website Nextdoor.com or something similar. If you’ve ever used the website (or app) before, you’ll quickly see the “effect” we speak of.

While many use it as a way to advertise a garage sale or a missing pet, others use it as a soapbox to air complaints about the neighbors or raise awareness of suspicious activity happening in the area. Those who have security cameras often post photos of crimes in progress, which can lead to a heightened sense of fear for other neighbors who are just tuning in.

Our survey asked the 41% of Americans who use Nextdoor or something similar about the effect that these websites or apps have had. Here are some of our most interesting findings:

Among Americans who use social media websites or apps like Nextdoor or Neighbors, the following applies:

According to our survey, over 44% of Americans (18+) own and operate a security camera at their current home. If you own one yourself, you’ll be all too familiar with the urge to watch the footage. Those who don’t, however, might find the following stats a bit unsettling.

Among those who have security cameras, these things apply:

According to a previous SafeWise survey, most Americans purchased their first smart home device in 2020 — a year that had us spending more time at home than ever before. This isolation may have contributed to the increase in curiosity toward our neighbors. 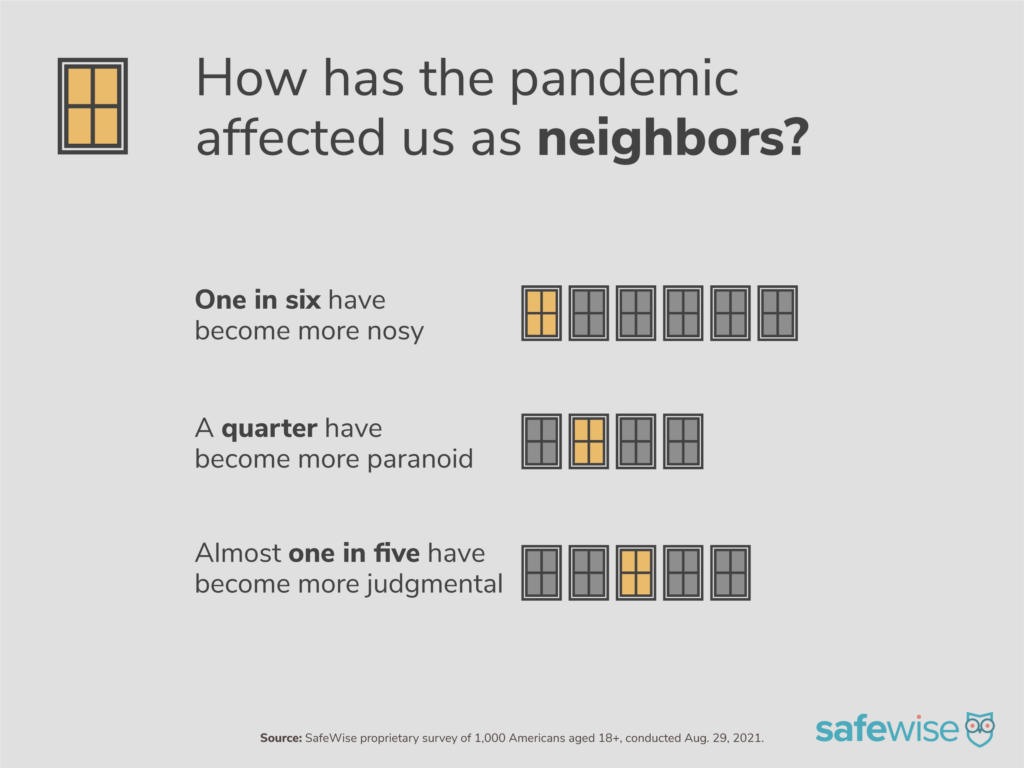 In three separate questions we asked survey participants whether the pandemic has led them to be more or less nosy, paranoid, and judgmental. While the above graphic highlights respondents who answered “more” to these questions, it’s worth noting that about half of all respondents answered “none of the above.” On an even more positive note, over a quarter said they’re less nosy and judgmental.

There are plenty of tools and resources if you’re concerned with the safety of your neighborhood—including numerous alternatives to social media platforms like Nextdoor.com. You can check out some of our neighborhood-safety tool recommendations.

What to do if you have a nosy neighbor

Even when they’re not doing anything illegal, snoopy neighbors can often make you feel less safe. If that’s the case for you, it may be time to up your home security.

Whether it’s installing a new security camera or simply planting bushes in front of your windows, there are plenty of simple measures you can take to help you and your family feel more comfortable in your own home. You can check out more of our tips for dealing with nosy neighbors here.

SafeWise conducted a survey of 1,000 Americans aged 18+ on August 29, 2021 via Pollfish.com. The numbers throughout the post above represent the post-stratified survey results. You can view the full results of the survey here.

Written by
Andrea Harvey
Andréa is passionate about community advocacy. Before joining our team, she studied journalism at the University of Oregon and worked at local newspapers like Salt Lake City Weekly and the Ogden Standard-Examiner. As an Outreach Strategist, she helps SafeWise reach new communities nationwide with data-driven safety campaigns and educational resources.
Read More