Home | How to Protect Against Frozen Pipes in Your Home

How to Protect Against Frozen Pipes in Your Home

Homeowners everywhere, from Alaska to Texas, need to consider the risks of frozen pipes in their homes. Water damage and freezing claims were the second-most frequent type of claims filed in the United States between 2016 and 2020.1

Homeowners who file these claims lose an average of $11,650. About one in 62 insured homes make a claim related to water damage or freezing each year.1

Though these are troubling statistics, you can avoid frozen pipes and water damage claims by learning how pipes freeze, taking preventative action, and investing in some tools.

How to protect against frozen pipes in your house 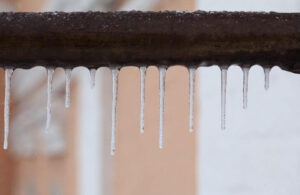 How to prepare your pipes for colder weather

It's important to take precautions whenever the outside temperature is near freezing—temperatures can change overnight, and wind chills leave pipes vulnerable to freezing and bursting. To prevent frozen pipes in the home, you first need to know what kind of pipes you have.

If your home uses copper or galvanized steel pipes, make sure they don't need replacing, as they are subject to erosion and corrosion. Polybutylene pipes—commonly installed in homes 26 to 45 years ago—are especially prone to failure and should be replaced immediately as they no longer meet US building codes.

However, you won't need to replace pipes most of the time, particularly if you take the following measures every Fall:

You don't have to face frozen pipes alone. The following products can help prevent frozen pipes and protect pipes against bursting. 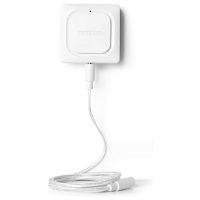 The Resideo Wi-Fi Leak & Freeze Detector can sense your home's moisture, temperature, and humidity changes. It's an early warning system when weather changes and pipes are in danger of freezing.

Learn more in our review of the best water leak sensors. 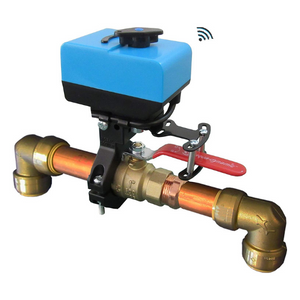 The EcoNet Controls Bulldog Valve Robot water valve has a hefty price tag, but it integrates well with other smart home products and may qualify you for insurance policy discounts. To see the product at work, you'll need to purchase a smart hub that supports Z-Wave—we recommend the Aeotec Smart Home Hub. 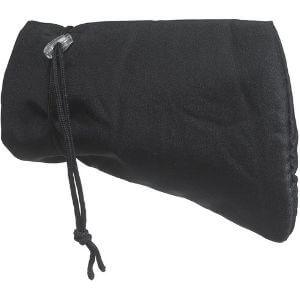 The FrostKing Padded Outdoor Sock Faucet Cover is inexpensive and easy to use. Slip the faucet sock over any external spigot to help prevent freezes. 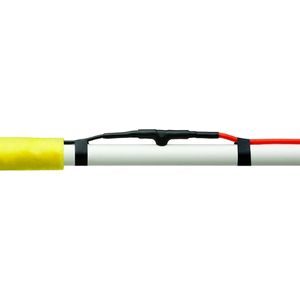 The M-D Building Products Pipe Heating Cable with Thermostat simply attaches to vulnerable pipes. Once you plug it in, it helps prevent freezing down to -50º Fahrenheit. 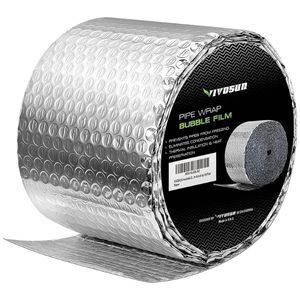 Insulating a pipe is pretty straightforward—just wrap insulated tape like Vivosun Insulated Spiral Pipe Wrap around hot and cold pipes to give them extra protection in frigid temps. The material is fiberglass-free so you can install it by hand.

What to do if pipes freeze

If the pipes freeze, it's tempting to head to the nearest hotel for some running water, but don't be hasty. Follow these steps to keep a freeze from becoming a disaster:

If a pipe bursts before you can thaw it, immediately shut off your water to prevent a flood. Mop up any mess you can reach and contact a plumber. Once the plumber assesses the damage, get started on an insurance claim.

How do water pipes freeze?

Though water freezes at 32º Fahrenheit, pipes act as a barrier—the water inside them generally doesn't freeze until it is below 20º F. Pipes with little or no insulation could freeze when the outside temperature dips under 20º F.

Water expands as it freezes, which is troublesome for pipes. As the water freezes along the pipe's length, pressure increases between the ice and a closed endpoint, such as a faucet or washing machine hose. The pressure grows too large for the limited space to handle, which results in a pipe bursting.

Which pipes are most likely to freeze?

Homes in the Southern and Western United States tend to be more prone to freezing and water damage than homes in the North. Northern homes regularly deal with Arctic blasts, so builders design them with better insulation.

Because Southern homes sometimes feature less insulation—and the pipes leading to the home aren't always housed as far below ground—they are at greater risk for water damage.

No matter where you live, these four types of pipes tend to be the most vulnerable to freezing:

There are other areas in homes that are susceptible to freezing, as well. The connectors and hoses on washing machines, dishwashers, and water heaters are vulnerable to freezing as they can become brittle and break. Sinks and showers also pose potential hazards.

Outside, spigots, sprinkler systems, and swimming pool lines might not be as well insulated as indoor plumbing and could be the first points to collapse during a hard freeze.

We recommend using insulated tape. It's easy to use and takes no tools.

Yep. Turn all of your faucets, including your shower and tubs. There's no need to turn them on full-blast, though. They just need a steady drip.

Not always, but it is a good possibility. A little preparation can save you expensive repair bills.