Can Radio Waves from Baby Monitoring Devices Harm My Baby?

To our knowledge, no one has studied the effects of electromagnetic field (EMF) exposure from baby monitors, but we can infer a lot from studies that look at how radiation from cell phones affects children.

The verdict: EMF isn't great for anyone's health, and children are especially at risk due to anatomical features like thin skulls. Follow a balanced, sensible approach by choosing a low-EMF baby monitor, keeping it as far away as possible from your little one, and turning it off when not in use. 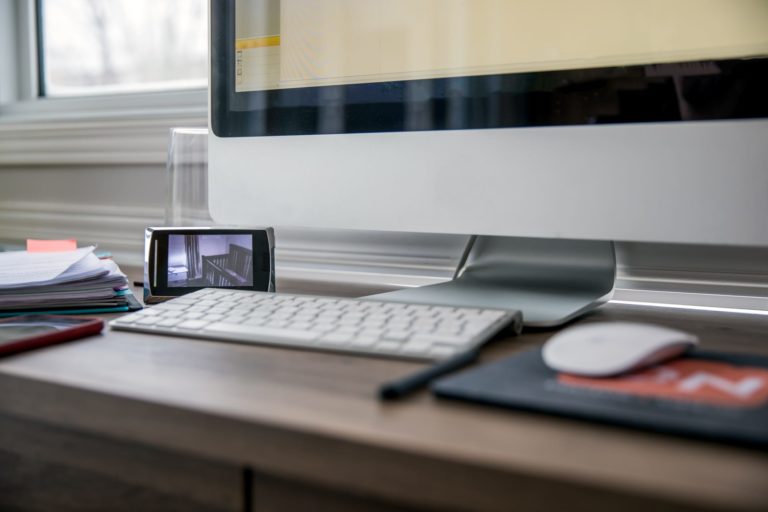 Don’t fall behind on the latest in kids safety!
Sign up for our weekly newsletter to get the latest family safety tips and product reviews on gadgets like kids smartwatches, phones, and car seats.

Cell phones are the main devices under fire because they're used so close to the brain and because they rely on 5G and Wi-Fi, which emit stronger EMF than, for example, household electrical wires.1,2

When it comes to children, the major concern is that their brains absorb more EMF than an adult brain. Compared to adults, children have thinner skulls, a higher percentage of water in their brains, and other anatomical differences related to marrow and stem cells—all of which affect how EMF interacts with their brain tissue.3,4,5 Plus, MRI scans explicitly show that radio frequencies penetrate further into a child's brain than into an adult's, meaning more brain tissue is affected.6,7

But, as we mentioned, all of that research was conducted using cell phones. There’s no conclusive data on baby monitors specifically, and the advantages of these monitors often outweigh those worries.

The health effects of EMF exposure

Now for the big question: is all that EMF harmful? Yes. Although some researchers continue to say that more evidence is needed, many of the studies in our source list refer to EMF as a known carcinogen. There is also some evidence that EMF exposure can increase the risk of depression.9

That said, no one has been able to pinpoint exactly how much EMF exposure causes these health effects. Since smartphones, tablets, and other EMF-emitting devices that kids play with up-close are still relatively new, it's difficult to say what the long-term implications are.

We recommend taking a moderate approach to limiting your child's EMF exposure. You don't need to move to the wilderness or swear off all electronic devices, but do avoid plunking your kid down in front of a tablet for hours of entertainment every day.

Also, consider talking to your pediatrician about your child's family history of leukemia and other cancers—it may make sense for you to take a more restrictive approach to EMF exposure if childhood cancer runs in the family.

If you are concerned about radiation levels, look for monitors that speak to those specific apprehensions. We selected some low-EMF baby monitors for our best-of guide to help in your search.

You can also limit the amount of time their child wears or is near the monitor. For example, you can turn off the monitors when someone is in the room looking after the child. Also, place the monitor as far away from your child as possible, since EMF strength declines relative to distance.5

Plus, there are other advantages to keeping a baby monitor well out of reach of your child, such as reducing possible strangulation or electrical shock hazards associated with power cords.

Be prepared to limit screen time

While we didn't uncover studies about baby monitors in particular (probably because it's not ethical to intentionally expose infants to potential danger), research about the negative effects of cell phone exposure is starting to pile up.8 Since children's brains are especially vulnerable to EMF, consider limiting their exposure to screens like tablets, cell phones, and virtual reality sets.

Device manufacturers recommend staying at least 20 centimeters (about 8 inches) away from screens, and that's tough to do with little arms.

So, if you want to entertain your kiddo with a movie, set it up on a TV that's several feet away rather than propping up a tablet or phone. Once kids are old enough for a phone, use parental controls to help enforce screen time limits. 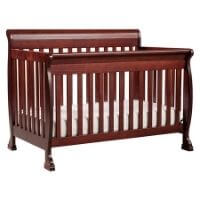 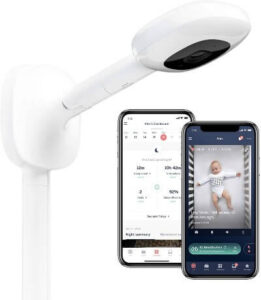 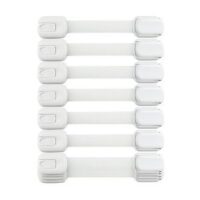 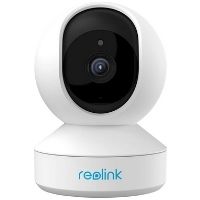 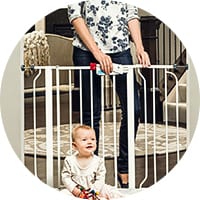 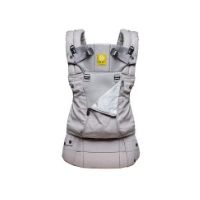 *Amazon.com price as of post date. Product prices and availability are accurate as of the date/time indicated and are subject to change. Any price and availability information displayed on Amazon at the time of purchase will apply to the purchase of this product. Safewise.com utilizes paid Amazon links.