We tested the Gabb Watch to see how it compares to our favorite kids smartwatches.
Best for younger kids 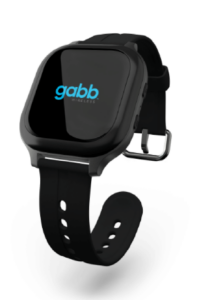 Gabb Wireless, makers of the popular Gabb Z2 kids smartphone, definitely did their research when developing the Gabb Watch. They’ve managed to blend the best features of the Verizon GizmoWatch 2 and the Xplora X5 Play into one of the most affordable kids smartwatch on the market. Our tester's kids thought the Gabb Watch was easy to use, and many of its features—including a virtual pet—were a big hit with her 5-year-old in particular.

Use promo code SAFEWISE to get $50 off your Gabb Wireless purchase.

How much money is a Gabb Watch?

Is the Gabb Watch still worth the money? Yes, especially if you value easy setup. More on that in a moment. 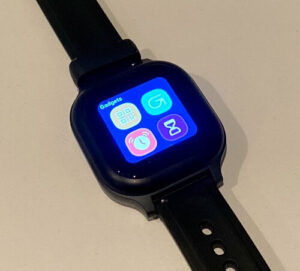 The Gabb Watch’s contact list has room for 10 people, and you have full control over who gets one of those coveted spots. No outside numbers can call your kid’s watch, which protects them from spam and scam calls.

Ten is a great number for younger kids but might be too limited for social tweens. If those 10 spots are already full with siblings, grandparents, and cousins, there’s no room for friends.

Depending on how old your kid is and when you plan to give them a phone, it might be worth spending a little more money for a watch with extra contact slots.

"My kids could easily call me with one swipe from the home screen. Other watches add more steps in between, which can get confusing for younger kids."
—Suzi B., SafeWise product tester

The Gabb Watch includes an SOS button to quickly reach you (or whomever you designate as the emergency contact). But kids have to press it for a full 10 seconds, and that feels like an eternity in an emergency. In fact, it’s actually faster to just swipe the screen and start a call with a couple of taps.

There’s no 911 option on the Gabb Watch, but this is typical of most kids smartwatches.

"On the parent app, you can silence calls to everyone except emergency contacts. I couldn't completely shut that off, so my 5-year-old kept calling me."
—Suzi B., SafeWise product tester

The GPS tracker in the Gabb Watch makes it easy to find your kid any time. For example, maybe your kid had ball practice at a huge sports complex and you want to know which field they’re on. You can view their location in real-time on the MyGabb app or schedule automatic location updates every 15 minutes or so.

Our tester decided to make her kids responsible for sharing their locations—the modern version of "call me when you get there." It's as easy as pressing one button on the Gabb Watch. 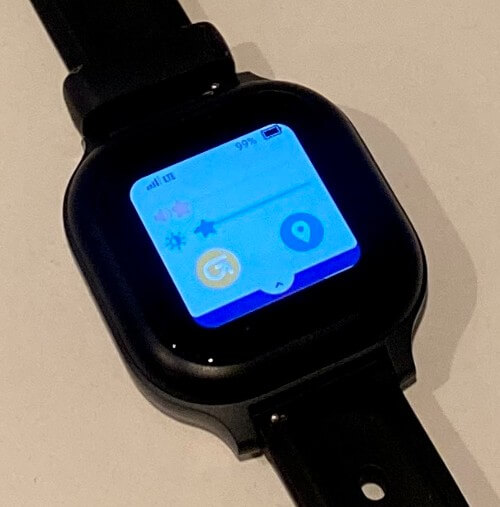 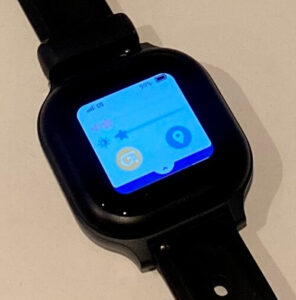 You can also set up “safe zones” and get notifications when your kid enters or leaves these areas. Common safe zones include school, home, friends’ houses, the cul-de-sac, or the library. The idea is that you can let your guard down a bit and not worry about your kid’s whereabouts until you get that “exiting safe zone” ping.

Here's an example of what that looks like in real-life: When her kids left a safe zone unexpectedly, our tester called them through the watch to ask where they went and to remind them to play in the cul-de-sac. 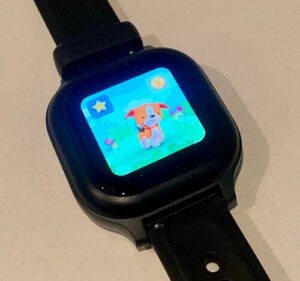 We like seeing a touch of fun on kids smartwatches. The Gabb Watch features a digital pet app called GabbGo, but it’s not the screen-addicting time suck that it initially sounds like. GabbGo actually turns real-life fitness and chores into a virtual game like a cleverly disguised behavior chart.

Kids start out with either a cat or a dog. The goal is to earn virtual coins and then spend those coins building out a full menagerie of pets. Kids can also spend coins to teach their pets tricks like spin, backflip, roll over, or raise the roof.

Coins are earned by caring for their virtual pets or completing step goals and to-do lists, which you control and approve through the parent app. It’s a way to peel kids away from their screens and get them moving.

The Gabb Watch has no internet access whatsoever, so your kid can’t access social media or download potentially dangerous apps from the App Store. But the Gabb Watch comes preprogrammed with a few extra tools and features, including the following:

Parents can also lock the watch from the MyGabb app so kids can’t use it at inappropriate times, such as during school.

What’s missing from the Gabb Watch

There’s no camera on the Gabb Watch, which undoubtedly accounts for its affordability.

A camera’s nice for video calling or so that your kid can share snapshots of their day, but it’s also a distraction. Gabb Wireless’s mission is to keep kids off their screens as much as possible, so it makes sense that they’d leave a camera off this watch.

Here are some other features you can find in other kids smartwatches, but not in the Gabb Watch:

Those are all nice to have, but we don’t consider them total dealbreakers. You still get an incredible amount of features for less than $100 with the Gabb Watch, and no other kids smartwatch can compete with its value.

Gabb Watch vs. other kids smartwatches 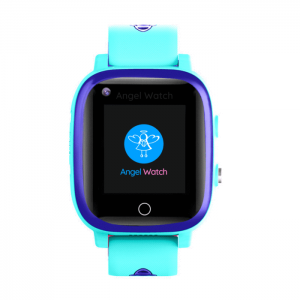 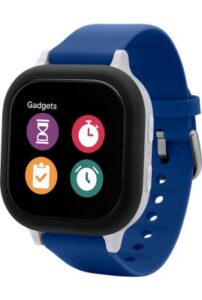 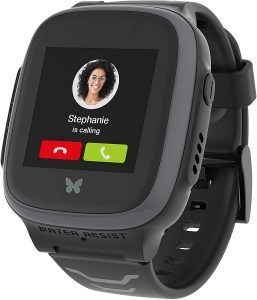 One mom's thoughts on the Gabb Watch

Suzi, mom of two kids ages 5 and 8, has tested several kids smartwatches for us. She had the smoothest set-up experience with the Gabb Watch.

"It was the first watch that connected on the first try," she said, adding that it's nice to have the cell service directly through Gabb versus a third-party like Verizon. "There were no SIM card compatibility issues like with other watches."

Suzi also noted that the Gabb Watch was one of the less bulky kids smartwatches on the market. "It has a slim design that's hard to find."

She and her kids also tested the Gabb Z2 phone, but after three months of testing, the Gabb Watch was the clear favorite. "The watch has more features," Suzi told us. Her competitive son enjoyed the step counter, whereas her younger daughter got a big kick out of feeding the GabbGo virtual pet and sending contacts a flood of emojis.

If you’ve been careful to keep your kid’s screen time to a minimum throughout their life and want to continue that trend, you’ll appreciate the bare-bones nature of the Gabb Watch. It offers the safety net of a phone without any internet access, stranger danger, or distracting social media apps and selfies.

If your kid is older and already has a smart device, the Gabb Watch might seem a little dull.

Overall, we’re impressed with the Gabb Watch’s balance of features and affordability.

Yes, the Gabb Watch has a virtual pet game that encourages kids to develop care routines, accomplish real-world tasks set by parents, and complete daily step goals. You can’t download any other games to the Gabb Watch.

No, the Gabb Watch does not have music.

No, the Gabb Watch does not pair with any Gabb phone. If you give your kid both devices, they’ll have two different phone numbers.

How we reviewed the Gabb Watch

To test the Gabb Watch's appeal, user-friendliness, and location accuracy, we asked a mom to try it out with her two kids. Then we pitted the Gabb Watch’s specs and features against our lineup of the best kids smartwatches. We also browsed Gabb Wireless’s support portal to learn more about the ins and outs of this GPS watch. For more information about how we wrote our Gabb Watch review, check out the SafeWise methodology page.