Home » Pet Safety » What Are Pet Immune Motion Detectors and How Do They Work?

What Are Pet Immune Motion Detectors and How Do They Work? 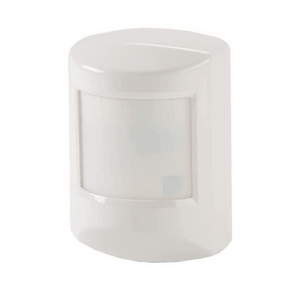 With a traditional motion sensor, any motion in the coverage area sets off the sensor. Pets end up triggering false alarms as a result.

Pet immune motion detectors ignore the motion caused by animals and thus reduce the likelihood of a false alarm. Features vary by manufacturer and model, but can include selectable sensitivity for pets up to 40 pounds or those weighing up to 80 pounds and can be set to disregard one large pet, like a full-grown dog or several small pets, like cats.

Where you place the motion sensor can also impact its pet-friendliness. Aiming the sensor toward the top half of the room means any motion near the floor is always out of sight.

Often, homeowners with pets don’t set their home’s security system fearing their pet will activate too many false alarms, which could result in hefty fines or being placed on a “do not respond” list by authorities.

However, not setting your home’s alarm weakens your family’s defense against crime. An essential component of your home’s security system, pet immune motion detectors allow you to set your home’s alarm with confidence and give your pet the freedom and comfort to move about without setting off a false alarm.

Learn which security brands offer the best pet-immune motion detectors in our roundup of the best pet-friendly home security systems.

Product prices and availability are accurate as of post date and are subject to change. Any price and availability information displayed on Amazon at the time of purchase will apply to the purchase of this product. Safewise.com utilizes paid Amazon links.