If you’re worried about who your kid’s texting and why, MMGuardian lets you see it all—and it even alerts you if concerning words or pictures show up in messages. This in-depth text monitoring is unmatched in the parental control app industry, but MMGuardian misses the boat by failing to offer email monitoring too.

MMGuardian also stands out for its in-depth reports and customized alerts, but it can get pricey for larger families. We’ll explain this parental control app’s pros and cons to help you decide if it’s right for you and your kids.

One of MMGuardian’s strengths is message monitoring. You can see every text your child has sent, received, and even deleted. MMGuardian also alerts you to potentially problematic conversations thanks to its keyword monitoring. MMGuardian even scans all photos for explicit content.

But your kid can still send emails or use file-sharing apps to have unsupervised conversations, so we don’t consider it the best option for comprehensive monitoring. (That award still goes to Bark.)

If your child seems to need a break from texts but you don’t want to lock their phone or block contacts entirely, you can turn off their phone’s SMS function under the Settings tab on the parent dashboard.

MMGuardian can also alert you if your child’s texts (whether sent or received) contain keywords relating to these subjects:

Each subject can be toggled on and off, so you can choose which alerts to receive.

Better yet, you can set up a custom list of “watch words” that you want to be notified about right away. The MMGuardian app sends you a text when any of the words on your list show up in your child’s texts—both sent and received.

The words you include on the list will depend on your parenting style and any specific concerns you have. For example, the default subject list mentions pregnancy but not sex, so you might want to add some keywords related to that subject.

If your kid uses a lot of abbreviations or slang and you’re not sure of the context, run the phrases through a site like Urban Dictionary to make sure your kid’s not trying to get around keyword triggers.

Here’s what you can monitor on your child’s iPhone:

If your child has an Android, you can monitor WhatsApp, Kik, and these additional five social media apps:

It’s better than no social media monitoring whatsoever, but it’s still a meager list, especially compared to Bark. Notable social media apps missing from MMGuardian include Tumblr, Twitter, Reddit, Pinterest, Holla, and Houseparty—all of which are monitored by Bark along with file-sharing apps and various email platforms.

That said, MMGuardian’s social media monitoring may be enough for younger kids who aren’t really interested in social media yet, or for tweens and teens who mostly hang out on that list of seven apps.

Block unwanted callers or texters from your child’s phone through the MMGuardian app. Whether the sender’s aim is to spam or cyberbully, you can take matters into your own hands and nip the problem in the bud.

You can block your kid’s camera too

Go to the MMGuardian Settings tab to turn off the camera on your child’s device.

Like any parental control app worth its salt, MMGuardian prevents your child from accessing websites with mature content. But it’s up to you to decide exactly what “mature content” means. MMGuardian provides a list of categories to help you get started, and you can block specific URLs too.

If you’re not sure what topics should be allowed or blocked, you can use MMGuardian’s age-based recommendations.

MMGuardian’s parent dashboard is impressive. Once your child starts using MMGuardian for a while, you’ll see pie charts and bar charts on the dashboard. These are perfect for seeing trends, spikes, and dips in your kid’s device usage.

You can also get a usage report texted to you every night at 8 p.m. or toggle on alerts for these actions:

MMGuardian includes some other features that we expect to see from any parental control software:

Note that MMGuardian offers location tracking but not geofencing. The company removed geofencing from its app after it turned out to be too glitchy. You can get real-time location updates through the parent dashboard. But the lack of geofencing means you won’t know when your child has entered or exited a certain area.

App management is available only for Android devices. You can block apps on your child’s phone, but can’t proactively stop them from downloading certain apps.

MMGuardian offers the teenage equivalent of an out-of-office auto responder. If someone texts your kid when their phone is locked, MMGuardian replies with a custom message.

MMGuardian vs. other parental control software

MMGuardian offers a longer trial period than most of our other recommended parental controls but has a more expensive subscription. The price of MMGuardian skyrockets even further past the competition if you want to monitor more than one child device, so it’s not great for large families on a budget.

But it’s worth the price if you want to keep a close eye on your child’s text messages. MMGuardian lays it all bare, whereas Bark—the only other parental control app to offer text monitoring—only lets you see concerning texts. (This can be a good thing too, since it means Bark keeps your kid’s privacy intact if the conversations are benign.)

MMGuardian also offers way more reports and alerts than other parental control apps, but it lacks the geofencing offered by most. 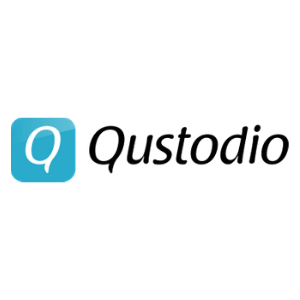 Choose MMGuardian if you want to take a hands-on approach to text message monitoring or like having the ability to turn off specific settings on your child’s phone, like their camera.

We like all of the customization options and alerts offered by MMGuardian but wish it monitored more social media apps, file-sharing apps, and email programs to be on par with its closest competitor, Bark.

No, MMGuardian can’t hear phone calls. Parents can see their child’s call history, which includes who they talked to and the call’s start and end times. The call itself is not recorded.

Yes, MMGuardian sees deleted text messages. Once a text is sent or received on the child’s device, it’s automatically stored in the parent dashboard. Deleting it from the phone doesn’t delete it from the dashboard.

How we reviewed MMGuardian

We reviewed MMGuardian by diving into its features and comparing them to other parental controls we’ve reviewed over the years. We also watched product demos and read user reviews to understand its ease of use and any common pain points. Read our Safewise methodology page for more information about how we review.