What Is Fall Detection?

Fall detection technology is an important part of a medical alert system, but most companies charge extra for it. To help you decide if you need it, we’ll explain what fall detection is, who benefits most from it, and what options exist. 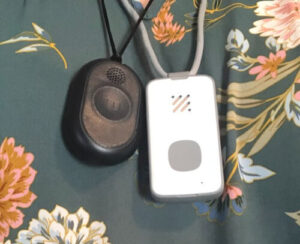 Sign up for our free weekly newsletter to get the best safety news, product info, and deals.

How do fall alert systems work?

The accelerometer is programmed to look for the pattern of movement consistent in most falls: rapid downward acceleration followed by no movement.

What happens next depends on your fall alert system.

If your device is connected to a professional monitoring center, an agent receives the fall alert and starts talking to you through the device’s two-way speaker. If you don’t respond, they’ll dispatch emergency responders to make sure you’re okay.

If your device is not connected to a professional monitoring center, a loved one receives the fall alert. It’s their job to try to reach you or call 911.

How do emergency responders know where to go?

Some fall detection units send GPS data to the monitoring center so that emergency responders know where to find you. Other units are meant to be worn only in the home, so first responders will be sent to your address.

What are some other types of fall detection technology?

Some fall detectors include additional sensors, such as a gyroscope, barometric pressure sensor, or magnetometer. This fall detection technology helps decrease false alarms and accurately detect more types of falls by introducing more data into the equation.

No, fall detection systems are never 100% accurate because it’s possible to fall slowly and softly, thus not triggering the device’s sensors. If you can, always push the device’s panic button after you fall to make sure you get help.

If you’re at risk of passing out, consider back-up options like motion sensors (see Aloe Care) or even an indoor security camera so your loved ones can check on you.

What types of falls get detected most often?

A “slow fall” happens when you catch yourself on the way down, such as by leaning on a wall and dropping down. A “low fall” occurs when you’re already close to the ground when you fall, such as sliding out of a chair.

Does it matter how I wear or carry my fall detection device?

Yes. Always wear the fall detection device according to the manufacturer’s recommendations.

For example, pendant-style fall detection devices won’t work very well if they’re tucked into your pocket—even a chest pocket. Adjust the cord so the device rests on your sternum to avoid false alarms and promote more accurate fall detection.

What sets off a false alarm with a fall alert system?

Fall alert systems might go off if you get down on the floor. Playing with the grandkids, scrubbing the floor, or reaching under the couch might accidentally send a fall alert signal. Most devices allow you to cancel the false alarm by pressing a button.

What is the best fall detection device? 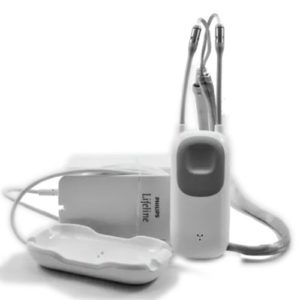 We consider Philips Lifeline AutoAlert the best fall detection device because it has more than one fall detection sensor and an accurate track record.

Fall detection systems are marketed toward older adults for a reason: falls are the seventh leading cause of death for people age 65 and older.1,2  Getting help quickly after a fall may reduce the risk of fatality.

Even people who engage in certain extreme sports—like mountain biking, rock climbing, or horseback riding—might want a fall detection device, especially if they tend to venture out on their own.

You’re more likely to fall if you experience a chronic medical condition that causes dizziness, imbalance, loss of consciousness, or decreased tactile and visual sensitivity:3,4,5

Some medications or procedures can also increase the risk of dizziness and falling:3,5,6

These aren’t complete lists. Talk to your doctor to find out if you’re at an increased risk of falling.

What are some other risk factors for falls?

Environmental factors like trip hazards, poor lighting, and inappropriate footwear also contribute to the likelihood of falls, as does risky behavior like getting on a ladder.7

Where do most falls occur?

Most falls (56%) happen outside the home, and 26% occur inside the home on a level surface. Six percent of falls happen in the shower or bathtub, another 6% occur on stairs inside the home, 3% happen while getting out of bed, and the final 3% are associated with a chair or ladder.5 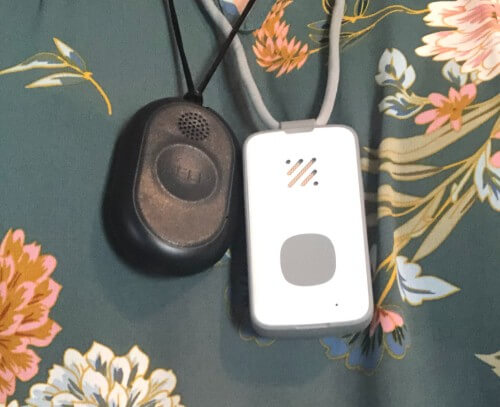 Fall detection devices can be worn around the neck or on the wrist. Aloe Care Health is one of the few companies to offer a non-wearable fall detection device—it mounts to the bathroom wall and uses radiofrequency technology to sense your position in the room.

How much does fall detection cost

Expect to pay anywhere from around $18 to $70 per month for fall detection. Some medical alert companies let you lease fall detection devices for free. Otherwise, budget at least $150 for the device.

What kind of fall detection options exist for kids?

The Angel Watch Series R is the only kids smartwatch with fall detection.

Which Apple Watch has fall detection?

Starting with the Series 4, every Apple Watch has fall detection. Make sure it’s toggled on in the settings menu. We explain how to do that in our Apple Watch review.

Which FitBit has fall detection?

What are some other watches with fall detection?

Samsung Galaxy watches have fall detection starting with the Galaxy 3.

A few Garmin watches offer “incident detection,” such as the Forerunner 645 Music, the fēnix 5 Plus, and the Vivoactive 3 Music.

Does my medical alert pendant have fall detection?

Can I wear my fall detection device in the shower?

In most cases, yes, you can wear fall detection devices in the shower. Double-check the user manual to be sure.

If your device is a smartwatch like the Apple Watch, try not to expose it to too much soap, which can eat away at the waterproof lining. Rinse it well.

What if I forget to wear my fall alert device?

Have a back-up plan. We recommend a medical alert system with wall buttons positioned in high-risk areas, such as at the bottom of stairs, within reach of the bathtub, or near the bed. It’s also a good idea to schedule regular check-in calls with your loved ones—they’ll know to come over if you don’t answer. 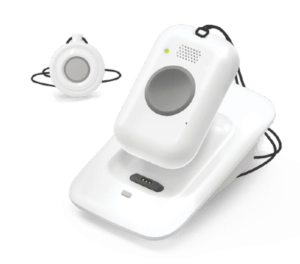 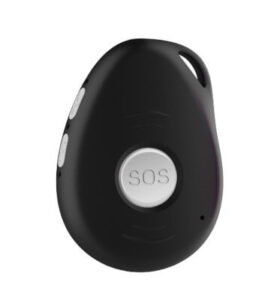 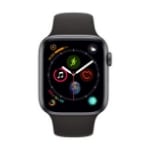 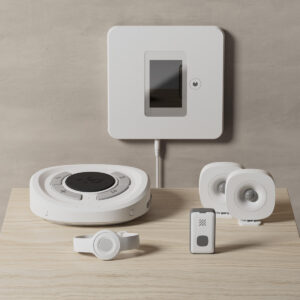