Home » Home Security » What Is a Security System and How Does it Work?

What Is a Security System and How Does it Work?

All home security systems work on the same basic principle of securing entry points, like doors and windows, as well as interior space containing valuables like art, computers, guns, and coin collections. Regardless of the size of your home, or the number of doors and windows or interior rooms a homeowner decides to protect, the only real difference is in the number of security components deployed throughout the home and monitored by the control panel.

See our top picks for 2021: The Best Home Security Systems

What is a security system?

The most basic definition of any security system is found in its name. It is literally a means or method by which something is secured through a system of interworking components and devices.

In this instance, we’re talking about home security systems, which are networks of integrated electronic devices working together with a central control panel to protect against burglars and other potential home intruders. 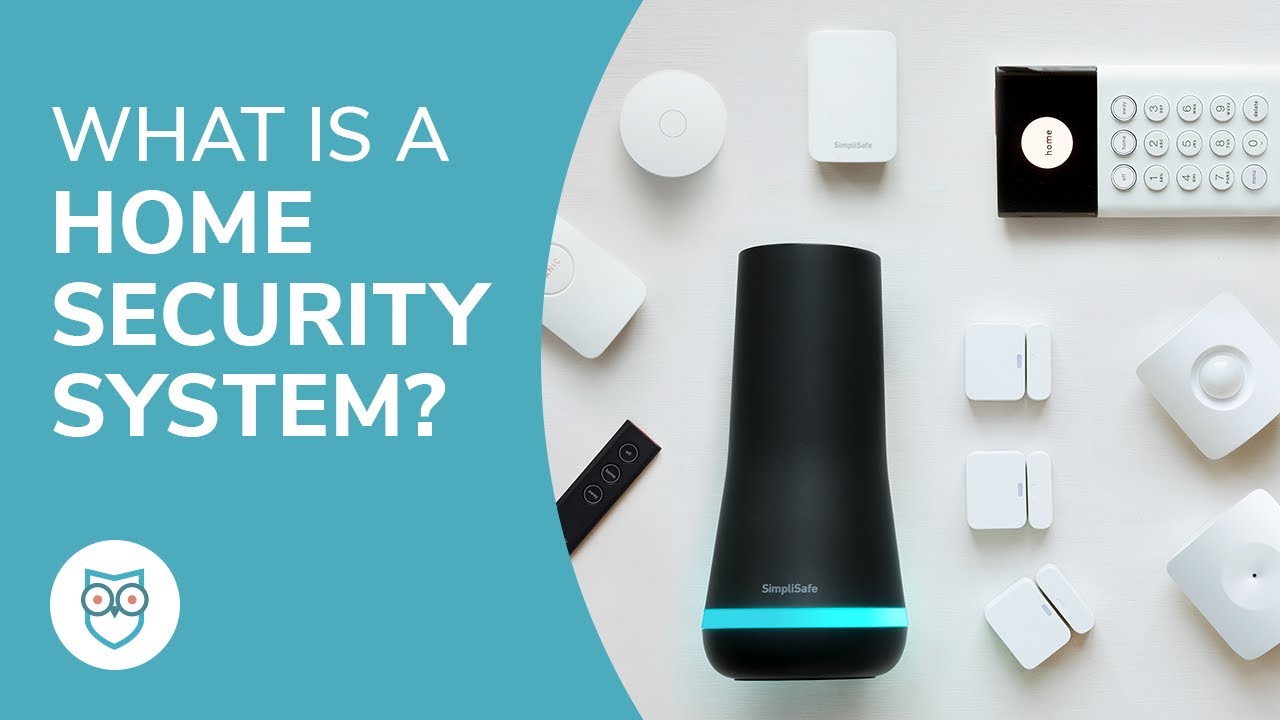 How does a security system work?

Home security systems work on the simple concept of securing entry points into a home with sensors that communicate with a control panel or command center installed in a convenient location somewhere in the home.

The sensors are typically placed in doors that lead to and from a house as well as easily accessible windows, particularly any that open, especially those at ground level. Open spaces inside of homes can be secured with motion sensors.

Control Panel: The control panel is the computer that arms and disarms the security systems, communicates with each installed component, sounds the alarm when a security zone is breached, and communicates with an alarm monitoring company.

They typically feature a touchpad for easy programming and interaction, is where pass codes are entered to arm and disarm the system, can work on voice commands, and can be programmed to work with wireless remote controls called key fobs.

When the security system is armed at the control panel, these sensors communicate with it by reporting that the point of entry is secure. Should a monitored door or window suddenly be opened, the security circuit is broken and the control panel interprets this as a breach of a secured zone. A high-decibel alarm is sounded and in most instances the alarm monitoring company is automatically notified.

Motion Sensors: These security components, when armed, protect a given space by creating an invisible zone that cannot be breached without sounding an alarm. These are typically used to protect rooms containing valuables, as well as areas less frequented in larger homes.

Surveillance Cameras: Available in both wired and wireless configurations, surveillance cameras can be used in several different ways as part of an overall security system.

Surveillance cameras can be accessed remotely on computers, smartphones, and tablets. They are often used in this method when homeowners are out of town, to watch for deliveries and other service personnel like caregivers and landscapers, and to monitor the arrival of children after school. They can also be used to record any security breaches, which could result in having footage of a home invasion, including a good look at the burglars and perhaps even the vehicle they drove.

High-decibel Alarm: Loud enough for neighbors to hear, home security alarms serve a few different purposes. First, they alert the people inside the house that a problem occurred. They’re also shrill enough to send a burglar running while also notifying nearby neighbors to the situation.

Yard Sign and Window Stickers: On the surface, these items might seem like nothing more than marketing tools for alarm companies, but they play important roles in home security. When you place a security company’s sticker in a front window and plant their sign in your front yard, you are telling burglars you home is professionally protected and not a wise choice for an attempted burglary. They are effective at conveying this message and should be used as recommended by the security company. 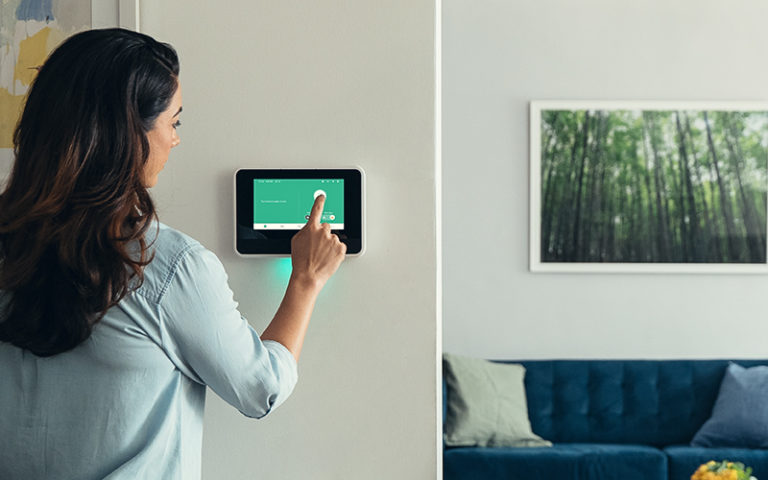 What happens when an intrusion occurs?

Security systems are designed to perform certain tasks when a secured zone is breached. What your security systems does in the event of an intrusion depends on the type of system you’re using.

Professionally Monitored Security Systems: If your security system is professionally monitored by an alarm company, they are alerted when a security problem arises in your home. Along with the high-decibel alarm that sounds, the monitoring company is alerted. A trained security expert might attempt to communicate with the homeowner via the control panel if it’s setup for 2-Way Voice communication, or will call the emergency contact number listed on the account.

These types of security systems communicate with the monitoring company in one of several ways, including:

Monitored systems typically allow for the homeowners (or designees) to be notified by text message and email when a security breach occurs.

Non-monitored Security Systems: There are plenty of DIY security systems available today that don’t include professionally monitored services. In the event of a home intrusion when this type of security system is installed, a high-decibel alarm sounds (provided one is installed). Contacting police, fire, or other emergency response personnel must be initiated by the homeowner by dialing the appropriate number, typically 911.

These types of systems may or may not allow for text messages or email notifications to be sent to the homeowner in the event of a security breach, depending on the provider and the system you opted for.

What are the advantages of having a home security system?

Numerous studies show homes without security systems, when compared to those with professionally monitored systems, are up to three times more likely to be burglarized because burglars are opportunistic by nature and are on the hunt for easy targets.
Protect your property
Sign up for our weekly newsletter to get the latest deals, home security tips, and in-depth reviews.

Info current as of 05/27/2021. Offers and availability may vary by location and are subject to change.
Full ADT disclaimer

Written by
SafeWise Team
The SafeWise Team is here to help you keep your home and family safe. Whether you’re looking to pick a security system or identify and remove common risks in your home, we’re here to help you find the best products and well-researched answers. At SafeWise we combine our years of experience in home safety and security with user reviews and feedback to help take the guesswork out of living safe.
Read More
No Comments