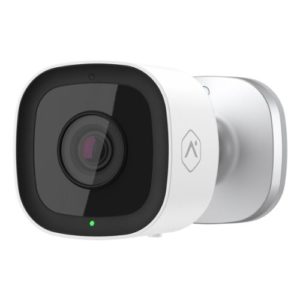 The perks of Frontpoint security cameras are relatively average compared to other security cameras from security providers and tech companies alike. But they're not too expensive for the video quality you get. Still, Frontpoint requires a pricey monitoring plan ($49.99 a month) for these cameras to work, diminishing the benefits of lower equipment costs.

Keep reading to find out what each Frontpoint camera is best for and how they compare to the competition. To learn more about the security system, check out our Frontpoint security review.

Frontpoint security cameras in this review 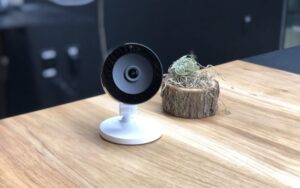 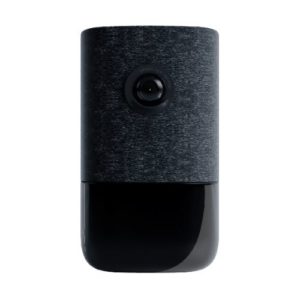 Video: Are Frontpoint cameras any good?

Aside from differences in design, Frontpoint cameras share most of their features. Each Frontpoint camera works in conjunction with the company’s mobile app. Using the app, you can access video footage from anywhere via your smartphone, computer, or tablet.

The moment a Frontpoint camera detects motion, it starts recording video and sends an alert either by text or email. Whether you’re in a business meeting or on vacation, you can see if a package arrived at the door or monitor the comings and goings of household workers. You can watch the video on your mobile device or computer, then delete, share, or save the video.

Frontpoint uses cloud storage to save up to 1,000 video clips from your security cameras (5,000 for five or more cameras). It won't upload more than that each month unless something triggers your alarm system, in which case it would upload a clip even after you hit the monthly limit. You can expect to average about two dozen clips a day without running out of space.

Each Frontpoint camera has a built-in microphone and speaker, so you can use it like a speakerphone to talk with people nearby. This feature is great for checking in with the kids or discouraging would-be intruders.

Frontpoint cameras don’t require professional installation. This is a big win for you, as it not only saves you money on initial installation, but it also allows you to move the cameras anytime without racking up more expenses.

Here's a quick rundown of the installation process:

The cameras come with mounting accessories, so you only need a screwdriver (possibly a power drill) to attach the camera to a surface using the included screws.

Check out our Frontpoint installation guide to learn more.

SafeWise is here to save you money

We teamed up with Frontpoint to offer readers an exclusive monitoring deal! The Interactive Monitoring plan gives you mobile control and professional monitoring of your system for $34.99 a month.

To use security cameras in a Frontpoint home security system, you need to pay for the company's expensive monitoring: the Ultimate Plan (please read this in a deep movie preview announcer's voice).

The Ultimate Plan costs $49.99 a month, which is about $5 more expensive than Vivint's single-camera plan. Unlike Vivint, Frontpoint's professional monitoring fees don't increase as you add more cameras, making it the more affordable option for multiple cameras.

Frontpoint's security camera plan is also much more affordable than ADT's camera plan, which starts at $58.99 per month.

Although Frontpoint competes well against professionally-installed systems like Vivint and ADT, it's twice as expensive as SimpliSafe and five times as expensive as Ring Alarm—its biggest DIY competitors.

Dig into the pros and cons of Frontpoint compared to other brands:

Frontpoint no longer requires a monitoring contract. So you can cancel without paying a fee. Though if you opt for a financing plan to pay for Frontpoint equipment, you need to pay that off before you can cancel.

Frontpoint created an Amazon Alexa skill that allows you to control your security system with Alexa voice commands. Unfortunately, this doesn't offer much functionality for security cameras.

You can ask Alexa to record a clip or adjust the pan and tilt of a camera, but don't expect to view a video stream on a smart display like the Echo Show 5.

As far as we can tell, Frontpoint's compatibility with Google Assistant* (via the Alarm.com action) doesn't extend to security cameras. This means that you shouldn't plan on using your Frontpoint cameras in a Google smart home.

Allstate teamed up with Frontpoint to create Frontpoint ID Protect. This service protects your identity from theft and it's free when you sign up for Frontpoint.

Frontpoint sells multiple versions of its security cameras for different purposes, resulting in minor changes between the products.

All of Frontpoint's security cameras have night vision for recording video in dark places. But the maximum range varies from camera to camera. The Outdoor Camera has the longest night vision range at 40 feet—while the Doorbell Camera has the shortest at only 8 feet.

Unfortunately, this feature isn't available on the Doorbell Camera.

The Frontpoint Premium Indoor Camera has a better speaker than you typically find on a security camera, so it's nice to play music on it using a Bluetooth connection.

The camera also has a nifty callout button that allows anyone to start a two-way conversation with the Frontpoint app. This feature helps young family members get in touch with you without needing their own cell phones.

Other than the Vivint Indoor Camera, which has a similar function, you won't find callout buttons on most security cameras.

Like most wired video doorbells, the Frontpoint Doorbell Camera requires a hardwired connection to existing doorbell wiring. You can't plug it into a standard power outlet like other Frontpoint cameras.

The installation is a little more complicated because of the wiring requirements, but is still a fairly easy DIY project for most folks, taking around 15–20 minutes to complete.

The Frontpoint Indoor Camera is the company's most affordable security camera, costing around $75—cameras from SimpliSafe and Scout Alarm cost about the same.

Considering most competitors' cameras start at $150 or more, this price is generally a good value, but not as low as the ultra-affordable Wyze cameras or the Abode Cam 2.

As for the rest of the Indoor Camera's features, there's nothing particularly noteworthy beyond Frontpoint's Video Analytics, which detect people, animals, and cars. But most other brands have similar software in their cameras now.

Thanks to its 113º field of view, 20-foot night vision range, and 1080p video quality, we think this camera is a good way to add extra cameras beyond the largest rooms in your home (which the Premium Indoor Camera works best for).

The Frontpoint Premium Indoor Camera is a surprisingly attractive product that looks a lot like an Amazon Echo. While it costs twice as much as Frontpoint's other indoor security camera, it has a wider field of view that allows it to record more action in larger rooms.

We also like the push-to-talk button on the camera, which your kids can use to call you through the Frontpoint app. The sound quality is easily the best among Frontpoint's cameras thanks to a large speaker that connects via Bluetooth to play your favorite music.

The 15-foot night vision range is a bit shorter than that of the Indoor Camera. But it's not a big enough difference to pass on this camera. We think this camera is perfect for large, high-traffic rooms, especially family rooms and kitchens.

From its $149.99 price tag to its 117º field of view, the Frontpoint Outdoor Camera is average among security cameras. Average isn't bad, but it isn't likely to catch the attention of folks wanting the latest security camera tech.

Plus, the Frontpoint Outdoor Camera is more affordable than the same model from Brinks.

We like its impressive 40-foot night vision range, which helps produce bright, clear videos in total darkness. The camera also works well in below-freezing temperatures as well as temperatures up to 113°.

Still, for people wanting an outdoor camera as part of a great security system, the Frontpoint Outdoor Camera hits enough right notes to be worth it.

The Frontpoint Doorbell Camera—also known as the SkyBell video doorbell—is the weakest of Frontpoint's security cameras because it's not a typical security camera. Because this camera watches over your stoop, it doesn't need more than basic night vision and two-way audio to talk to visitors.

Unfortunately, the 720p video doesn't provide as much detail as 1080p doorbells from Ring or Vivint's Doorbell Camera Pro. Detail matters when you want to identify the facial features and vehicles of porch pirates who dare to swipe your $15 order of hand sanitizer and permanent markers.

The Doorbell Camera is also a little harder to install, making it one of the trickier DIY products in a Frontpoint system.

If you want a dedicated doorbell you can use in the Frontpoint app, there aren't other options. But even if the Frontpoint Doorbell Camera doesn't compare well to other video doorbells, it's still good enough for most folks.

Frontpoint currently offers a free doorbell camera with its starter packages. This makes it easier to ignore the camera's faults, since free is always a better value than about $190.

The odds are that you'll find value in Frontpoint's cameras if you want the rest of the system badly enough to pay $49.99 a month for monitoring.

But you shouldn't buy the system just for the cameras—there are more affordable stand-alone security camera options out there. Check out our review of the best home security systems to see why we chose Frontpoint as our top pick.

Aside from the cameras listed above, Frontpoint doesn’t support other security cameras.

No. To ensure confidentiality, you control access to the video feed, and it does not transmit to the Frontpoint monitoring center.

No. Frontpoint requires an active monitoring plan subscription to use security cameras.

No, Frontpoint doesn't have a camera limit. Other factors, like your Wi-Fi bandwidth, might limit the amount of cameras you can use.

Learn more in our guide: How Many Security Cameras Do I Need?

How we reviewed Frontpoint cameras

We examined the tech specs of each Frontpoint camera to find out how they compare to each other. We also looked at customer reviews and Frontpoint's support resources to learn about how these cameras work in their natural environment—real homes.

After gathering the basic facts, we delved into our research on cameras from other security system companies to see if Frontpoint can keep up. You can learn more about how we test and rank in our testing methodology.

*Google Assistant, Google, and other related marks are trademarks of Google LLC.