We put Cove and SimpliSafe head-to-head to see which DIY security system is the best.
Winner

SimpliSafe comes out ahead of Cove for its equipment selection, including a smart lock and video doorbell you won't find with Cove. But, if you look beyond the equipment, both brands seem like clones. Read our comparison to see why we chose SimpliSafe.

Which is better, Cove or SimpliSafe? 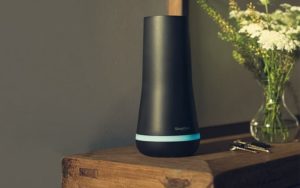 Video: Can Cove compete with SimpliSafe?

SimplSafe vs. Cove: pros and cons

Why should you choose SimpliSafe?

If you value having the convenience of a smart lock and doorbell camera, SimpliSafe is a better wireless security system than Cove. Read more about why we love SimpliSafe in our full SimpliSafe review.

Why should you choose Cove?

It's uncanny how similar Cove and SimpliSafe are—right down to pricing, policies, and smart home support.

Even in their differences, Cove and SimpliSafe are still quite similar:

SimpliSafe normally wins high marks for its hallmark traits that compete well against big names like Vivint and Frontpoint: affordable equipment and a 60-day money-back guarantee. But, against Cove, SimpliSafe tastes like a different flavor of vanilla—one that has a smart lock and equipment bundles.

SimpliSafe has a slight edge on equipment costs—its keypad and base station cost around $66 less than the equivalent from Cove. Additionally, SimpliSafe sells a temperature sensor, SimpliSafe Smart Lock, and siren—three pieces of equipment Cove doesn't have. But SimpliSafe's equipment costs and overall selection are nearly identical to Cove's, and Cove often runs sales that significantly lower its equipment costs.

We're big fans of SimpliSafe's online shop that offers both pre-made equipment packages and a build-your-own system option. Although we prefer the option to customize your system, the equipment packages are helpful for those of us who have trouble deciding which equipment to buy for our homes.

SimpliSafe offers more favorable warranty terms: three years of coverage versus one year for lower-priced plans. This makes SimpliSafe the better option for protecting your equipment without mobile app controls.

For a while, Cove's RapidSOS monitoring changed things. Now, though, SimpliSafe has this service, evening up the playing field. SimpliSafe stands out in the monitoring experience, though.

The biggest difference in the Cove security system is a sleek touchscreen control panel that gives you a better monitoring experience than SimpliSafe's keypad. The large screen is great for folks that might have trouble reading a smaller print, though it doesn't have tactile buttons that are easier to use without looking at the screen.

Still, it's a bummer that Cove lacks a smart lock. Although Cove has an optional contract, it covers only the equipment costs and doesn't require payment of any monitoring fees when you cancel.

While there are advantages specific to each DIY security system, SimpliSafe wins thanks to its equipment selection.

Otherwise, these systems are way too similar to recommend one over the other for core features and costs.

How we decided: Cove vs. SimpliSafe

When we compare two brands, it's usually an exercise in pricing, contracts, equipment selection, and testing experiences. But we found so many similarities between Cove and SimpliSafe that we couldn't make an easy decision on that information alone.

Other than the simple bulleted list above, we ignored most of the similarities to zero in on the few differences between the brands. Check out our methodology to learn more about how we test and review products. 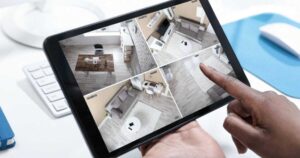 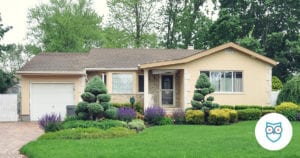 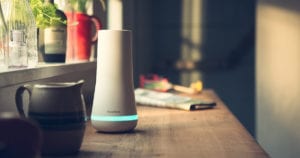