Home » SimpliSafe Equipment Compatibility: How Does It Work?

SimpliSafe Equipment Compatibility: How Does It Work?

SimpliSafe consistently ranks highly among our top home security systems, thanks to affordable monitoring and no contracts. It also sports a huge selection of proprietary security devices compared to DIY competitors like Ring Alarm.

And, although SimpliSafe has limited compatibility with third-party devices, you may already have one that plays nicely with a SimpliSafe system. For more information about SimpliSafe's professional monitoring, pricing, equipment, and customer service, check out our full SimpliSafe review. 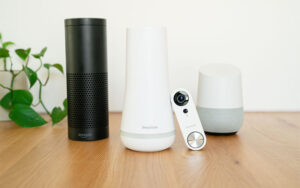 Every SimpliSafe starter kit comes with four essential components: a base station, keypad, motion detector, and entry sensor. Without all four devices, your system isn’t fully set to detect when intruders enter your home. Everyone with a security system should build on this foundation.

We list all the items included in each package in our SimpliSafe review.

The base station is the brain that links and controls every sensor in the security system.

It stores the backup battery that keeps your system going during power outages and the cellular connection that contacts the monitoring center if the alarm triggers.

The base station also has a built-in alarm that sounds whether or not you use professional monitoring.

SimpliSafe includes one base station with every package. But on its own, the device costs $114.99.

The keypad is a staple of security systems new and old.

If you don’t have access to the SimpliSafe app, the keypad can arm and disarm your security system.

And, because it’s separate from the base station, you’re still protected if the keypad is damaged.

Every SimpliSafe package comes with a free wireless keypad, but you can purchase an additional one for $69.99.

SimpliSafe’s motion sensor detects motion up to 30 feet away and 90° around.

It’s small enough to fit on a shelf or stick to the corner of a room. Plus, it can tell the difference between humans and pets up to 50 pounds.

Some SimpliSafe packages come with additional motion sensors, but you can add them to your existing system for $29.99 each.

Entry sensor
The SimpliSafe entry sensor comes with a battery pre-installed and a door chime setting to tell you when someone enters or exits the house.

We recommend placing entry sensors on doors or windows, but they can also be used for medicine or liquor cabinets.

Some SimpliSafe equipment packages include multiple entry sensors. You can add one to your system for $14.99 each.

Just like the fob on your car keys, the SimpliSafe key fob arms and disarms your security system with the touch of a button.

We recommend buying multiple fobs if you live with other adults. Each fob costs $24.99.

This siren lets out 105 dB of startling noise and can be installed either inside or outside the house.

The SimpliSafe smoke detector sniffs out smoldering fires and sends an alert to the monitoring center as well as sounding a loud siren.

If you have the SimpliSafe app, you’ll be notified if the smoke detector sounds while you’re away.

If you have a Google Home speaker, you can integrate it and your Nest Protect smoke detector with your SimpliSafe system.

Add a smoke detector to your SimpliSafe system for $29.99 each.

The panic button is a one-touch device that triggers your alarm instantly. In case of an emergency where you can’t reach your phone or call for help, this personal alarm can reach the monitoring center when you need help.

The temperature sensor is designed to sense freezing temperatures that could threaten your pipes.

Leave this in your basement or crawlspace to warn you when things get too chilly for safety.

Place the water sensor under your sink, near appliances like washing machines, or in your basement near the pipes to catch a leak or flood before it gets worse.

Add a water sensor to your SimpliSafe system for $19.99. 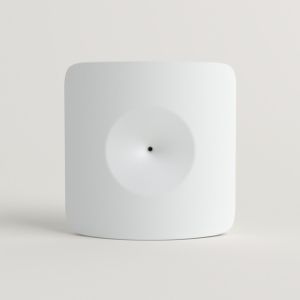 The SimpliSafe glassbreak sensor isn’t included in any of the security equipment packages, but you can add it to your system for $34.99 per sensor.

It’s a useful addition to any area near a window or door with glass. This small sensor is calibrated to detect the sound of smashed or broken glass. If an intruder smashes a window, for example, the sensor with sound.

In general, the number of motion and entry sensors changes based on the starter kit.

The basic SimpliSafe system is only four devices (the base station, keypad, motion sensor, and entry sensor). Different packages come with different combinations of the products we featured above. But you can add and subtract to your package for a better fit.

It's also slightly harder to add to a custom system since it doesn't show up in any starter kits or SimpliSafe's customization menu. Instead, you buy it separately, which is disappointing since the lock doesn't work without a SimpliSafe system.

While most SimpliSafe equipment works as part of the security system, its two camera products work independently.

The SimpliCam and SimpliSafe Video Doorbell Pro are a great jumping-off point if you want to try SimpliSafe gear but don’t want to commit to a full-blown security system.

The SimpliCam security camera (about $99) is a standalone device that you can use without other SimpliSafe equipment. It’s a fairly average device compared to other security cameras but has a few noteworthy goodies:

Learn more from our SimpliCam review. We tested and installed one to see how well this indoor camera works with and without a SimpliSafe system.

If you have SimpliSafe's Interactive monitoring plan, you don't need a separate cloud storage subscription for the company's cameras. 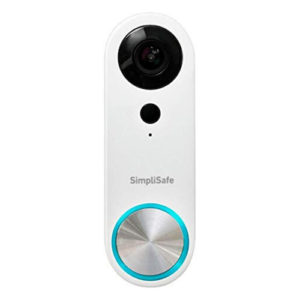 The SimpliSafe Video Doorbell Pro (about $169) is one of the more affordable smart doorbells. But it doesn’t have the same robust night vision as competitors like Ring, Google Nest, and Arlo.

It’s also far more limited because it integrates only with SimpliSafe equipment, rather than the broad range of smart home devices that work with the competition.

We go into more details in our SimpliSafe Video Doorbell Pro review.

Depending on the amount of sensors you purchase, installation shouldn’t take you more than 30 minutes. The keypad walks you through installation with onscreen instructions.

And the sensors use adhesive backing to stay in place. Just peel and stick to install the wireless keypad and the door, window, and motion sensors.

But, if you’re uneasy about installing your system yourself, SimpliSafe offers optional professional installation for an extra $79.

For anyone with four-legged pals running around the house it’s important to get a pet-friendly home security system. SimpliSafe sensors have built-in technology that helps them ignore movement from pets over 50 pounds.

SimpliSafe motion sensors use unique heat signatures to tell the difference between humans and pets to make sure the alerts you get are worth your attention and cut down on false alarms.

A recent development from SimpliSafe, Heartbeats are signals between all your system’s sensors and the base station. This constant communication alerts you when batteries are low, something’s been tampered with, or a sensor is out of range.

Best of all, if you've already got a SimpliSafe security system, Heartbeats is already included (as long as you keep everything updated).

Buy new for the latest upgrades

We like that SimpliSafe is proactive about updating its offerings, but the only way to take advantage of those upgrades is to buy all new products. If you’re thinking of updating an existing SimpliSafe system, contact the company to find out if any of your equipment is compatible with the latest version.

SimpliSafe uses proprietary add-ons for its system, a unique feature for a DIY security system that comes with a trade off.

By creating its own devices, SimpliSafe reduces costs and controls the quality of the products. But that means it only supports a fraction of the third party devices competitors like ADT and Vivint can.

And while SimpliSafe’s smart home compatibility offerings are meager (no smart lights, plugs, or thermostats), the system still works with popular products like Amazon and Google smart speakers and August smart locks.

While Amazon Alexa and Google Assistant offer limited control of SimpliSafe security systems, you can control August smart locks as part of your system.

The Alexa and Google commands are pretty limited with just two options: arming the security system and checking system status. Citing better security as a goal, SimpliSafe won’t disarm using a voice assistant, making it less useful than ADT’s option to disarm with a spoken code.

While SimpliSafe won’t work directly with products like your smart light bulbs, smart plugs, or smart thermostat, you can still control these devices from your smart speaker.

This means you can still have SimpliSafe and a smart home, they just won’t connect through your security system.

No, SimpliSafe doesn't need Wi-Fi to work, but you can’t use SimpliSafe cameras or the SimpliSafe app without it. The system’s sensors and cellular monitoring service work independently of your home Wi-Fi network.

Currently, no. But you can purchase an outdoor cover for your SimpliCam.

Unfortunately not. SimpliSafe is only compatible with Amazon Alexa, Google Home, and August locks.

No. SimpliSafe makes its own cameras and equipment, so the system only works with other SimpliSafe devices for now.

Not exactly, but you can connect your Nest products to a Google Home speaker and control them both through the smart assistant.

Written by
John Carlsen
John is a technology journalist specializing in smart home devices, security cameras, and home security systems. He has over eight years of experience researching, testing, and reviewing the latest tech—he was the Smart Home Editor for Top Ten Reviews and wrote for ASecureLife before joining SafeWise as a Staff Writer in 2020. John holds a Bachelor's degree in Communications, Journalism emphasis from Utah Valley University. In his spare time, he enjoys hiking, photography, cooking, and starting countless DIY projects he has yet to complete.
Read More
No Comments