How does home security newcomer SimpliSafe stack up to Brinks’ 100 years of experience? We compare Brinks and SimpliSafe to find out.

Bottom line: SimpliSafe lives up to the hype

The company keeps monitoring and equipment prices low while offering tons of add-ons to customize your system. There’s no contract to sign and no extra fees hiding around the corner.

While the company falls behind Brinks in the home automation arena, it’s lightyears ahead on quality proprietary equipment and accessible pricing.

Info current as of 06/16/20. Offers and availability may vary by location and are subject to change.

We spend a lot of time thinking about home security systems (it’s kind of our job). So comparing two of our favorite companies comes naturally.

So we put SimpliSafe and Brinks under the microscope. We examined pricing, equipment, contracting, and smart home features from each company to compare apples to apples. The company with the most benefits for the largest amount of people came out on top. Check out our methodology to learn more about how we review companies like SimpliSafe and Brinks.

Here are a few things SimpliSafe and Brinks have in common.

When taking a closer look, we found more differences than similarities between the two home security companies.

SimpliSafe at a glance

SimpliSafe lives up to the name. Its equipment, payment policies, and installation are uncomplicated, streamlined, and free of dangerous small print. If you’ve been considering a new home security system but get nervous when talks of contracts and complicated installation come up, SimpliSafe is worth looking into.

Equipment packages work for studios and large homes alike, plus you can add on sensors, cameras, and even a video doorbell camera. When you get your kit, just peel the sticker backing on your sensors and put them in place. Packages start around $229 with monitoring for $14.99 per month.

With monitoring and the mobile app, you’ll only pay $24.99 every month to keep the service going. SimpliSafe provides confidence in your security system without anxiety over your budget.

Who SimpliSafe is best for

SimpliSafe is fitting for newcomers to security systems. If you’ve never had a system but always wanted one, it’s a good low-commitment company to start with.

Systems are small and customizable enough for renters, apartment dwellers, or anyone who moves often.

Check out our full review of SimpliSafe.

The SimpliCam is SimpliSafe’s indoor security camera. It’s a $99 add on for your system with tons of features like 30-day storage, motion detection, night vision, and two-way audio. It’s easy to install (just plug it in and connect) and can live-stream footage to the SimpliSafe app on your phone.

With its 120° field of vision, you can see most of a room (depending on where you put it). And while it’s not an outdoor cam on its own, you can purchase a weather-proof covering from SimpliSafe to install it outside.

Compare the SimpliCam to some of our other favorite wireless security cameras.

The SimpliSafe Smart Lock is a $99 addon that turns your standard deadbolt into a remote-controlled door lock. We tested it and found that it doesn’t require drilling or tricky installation. Plus, you can continue to use your current keys (a serious win for renters).

You can lock and unlock the door remotely and check the lock’s status from the SimpliSafe app. So you’ll know when someone goes in or out of the house and be able to let expected visitors in if you aren’t home.

But you don’t need to buy a brand new smart lock for a SimpliSafe system. If you already have an August Smart Lock, you can connect it to your new system.

See how it stacks up to other smart locks we’ve reviewed.

A video doorbell is like a traditional doorbell but with a security camera inside. These smart devices send you an alert when someone’s at the door or rings the doorbell.

SimpliSafe’s $169 smart video doorbell camera catches footage of visitors, deliveries, and anyone who comes by your doorstep. It can pan and zoom to get a better look at your guests and streams directly to the SimpliSafe mobile app.

Compare it to other smart video doorbells.

Save on SimpliSafe with monitoring

SimpliSafe is offering 20% off equipment prices when you opt in for professional monitoring. This knocks the basic package down to $180.

Brinks at a glance

Brinks has been in the home security biz for over 100 years, but its home automation options, quality equipment, and mobile connectivity make it feel modern. This security company gives you the option for professional or DIY installation, so you can get equipment that works with your comfort level.

The basic packages from Brinks are more comprehensive than SimpliSafe’s. The Smart Security Essential Kit comes with more motion and entry sensors than SimpliSafe for about $10 more. The touch-screen control panel connects with all these devices and makes it easy to check on their status and adjust settings.

Brinks has multiple packages to choose from, but across the board, professional monitoring stays at $39.99 per month. Know that if you choose one of Brinks’ kits, you’ll be locked in with a 36-month contract. So make sure you have the budget before signing up.

Who Brinks is best for

Brinks has the name recognition that makes intruders think twice, but its pricing and contract may have you second guessing too. If you have the budget for pricier equipment and can commit to spending $40/month for three years, Brinks brings the goods.

Brinks’ 36-month contract makes it ideal for homeowners or renters who plan to stay put for a while. Its live streaming options also make it great for human and animal parents alike. And if you’re a big fan of Nest products, Brinks offers monitoring for your system and Nest cameras on a month-to-month basis or with the same 36-month contract.

Read our full review on Brinks to learn more.

While SimpliSafe has a few smart home features and products, Brinks takes the cake in this category. Both home security systems are compatible with Google Home and Amazon Echo, but only Brinks offers proprietary Z-Wave products that turn normal appliances into smart devices.

Brinks also has the upper hand with its Nest monitoring. Nest products are famous for their smart abilities and easily programmable automations.

On its own, the Nest Secure alarm system doesn’t come with professional monitoring. But Brinks can monitor your Nest system for as low as $19/month (with a 36-month contract) or $29 month-to-month.

This means when your Nest Secure system senses a threat or sounds the alarm, monitoring professionals from Brinks will contact you and enlist help from the police or other first responders.

If the starter package from Brinks doesn’t catch your eye, there’s still more to see. Brinks offers professional monitoring for the Nest Secure system. The Nest system can work on its own without monitoring. But for a monthly fee, Brinks professionals will watch your system and call you if there’s a problem.

When it comes down to the battle between Simplisafe vs. Brinks home security, we take SimpliSafe’s side. It’s an affordable, accessible alarm system for almost any budget or living situation.

While it doesn’t boast as many home automation features as Brinks, it has similar add-on products, professional monitoring, and mobile features. 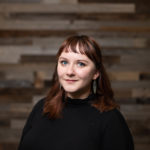